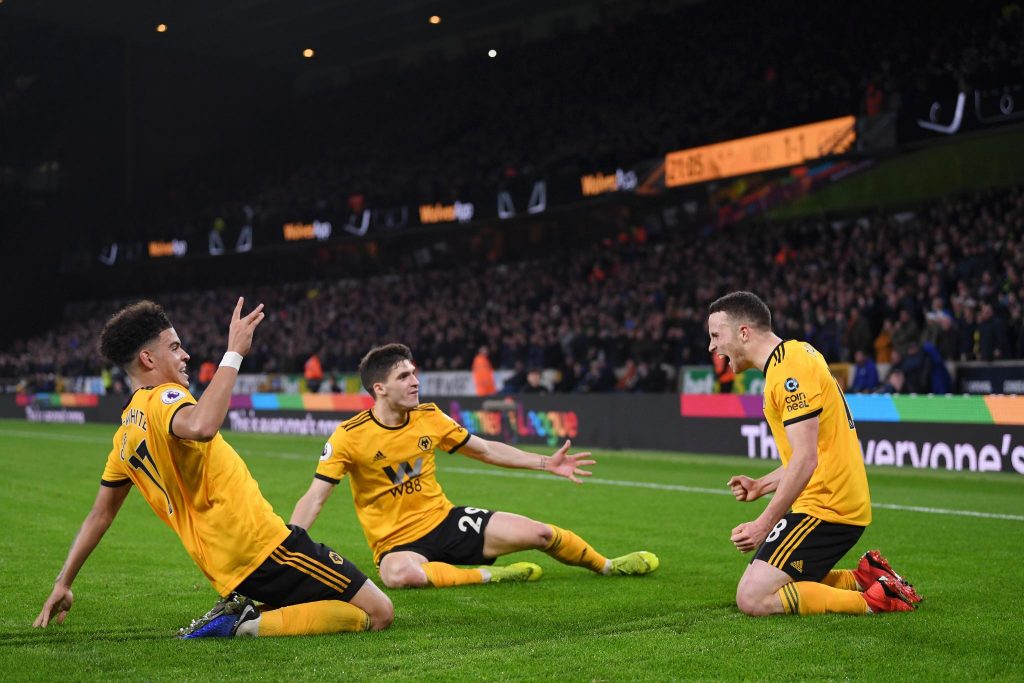 The home side came back from 1-0 down to secure a 2-1 win against Maurizio Sarri’s men.

Ruben Loftus-Cheek’s deflected shot gave the visitors a first half lead but the Blues failed to extend their advantage and they were pegged back twice in quick succession in the second half.

Goals from Jota and Jimenez secured a massive three points for Nuno Espirito Santo’s side.

Wolves came into this game on the back of some questionable performances but they have done amazingly well to bounce back.

The home fans seemed quite impressed with the performance from the players. They were particularly pleased with Morgan Gibbs-White’s display.

The youngster impressed in his first Premier League start and he did well to set up Raul Jimenez for the leveler.

The Wolves fans took to Twitter to share their thoughts on his performance and here are some of the best reactions.

Morgan Gibbs-White is a precocious talent. He has the footballing world at his feet. He also has a coach who is nurturing his ability & playing him appropriately. Under Fosun he has owners who can fulfill his footballing ambition without ever leaving the Black Country #wwfc

Everyone to a man was outstanding tonight. Jota, In particular, looked loads better playing in and around Raul. The system work so much better with a 3 man midfield, it also allows Morgan Gibbs-White to dictate play and drive into dangerous areas, incredible win. #WWFC https://t.co/AFrRPhzhua

Morgan Gibbs White he’s one of our own!!!!! Absolutely fantastic performance xx

Rave reviews again for Morgan Gibbs-white on match of the day, who’d ever doubt us ay