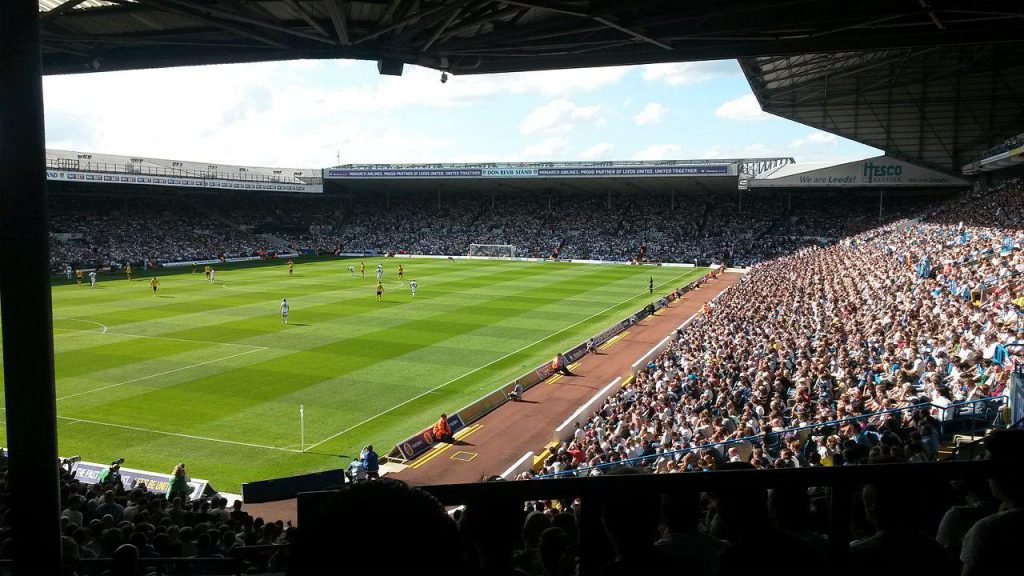 Since their relegation in the 2003–04 season, fans of Leeds United have dreamed of a return to the Premier League. Is this the year that they finally do it? Here, Peter Watton from matched betting specialists OddsMonkey looks at the chances of that happening.

Last season, Leeds United came tantalisingly close to a return to the Premier League. They looked like strong contenders for promotion, before losing in the play-off semi-final. But, even after disappointment, there was a strong hope that if they kept manager Marco Bielsa, they would finally succeed in 2020.

Well, with around a quarter of the 2019–20 season gone, Leeds are among the favourites for promotion. However, the big question is: can they hold their nerve? With this in mind, let’s take a closer look at the chances of the club finally making it back to the promised land.

“Doing a Leeds” — how did it all happen?

At the start of the millennium, Leeds United were on top of the football world. A talented squad had consistently qualified for Europe, even going as far as the Champion’s League semi-final in 2001. But this all came at a cost —£100 million, to be precise — and financial oblivion beckoned. When a debt-ridden Leeds United team were relegated from the Premier League in 2004, many fans didn’t realise how far the rot had spread, and how far the club would fall as a result.

That summer, the remaining big earners and the club’s best youth prospects — including an 18-year old James Milner— were sold off, and many journeyman players were brought in. They were able to hold their own for a while, even qualifying for the play-offs in 2005–06. Unfortunately, a disastrous 2006–07 season saw them finish rock bottom of the table, relegated to League One.

Leeds United’s recovery didn’t begin until 2010 when, after four seasons in League One, they were promoted to the Championship. It took them a further eight years, including a troubled period of mid-table finishes under owner Massimo Cellino, to put together an automatic promotion challenge in 2018–19, ultimately falling at the play-offs.

Will Leeds get automatic promotion this year?

Despite a summer that saw a few key players sold, including rock-solid defender Pontus Jansson and influential striker Kemar Roofe, Leeds United remain the bookies’ favourite for automatic promotion to the Premier League. This has been aided by a very good start that has seen Leeds consistently in the top two positions in the league.

Currently, some bookmakers have Leeds as 2/5 to finish in the top two in the Championship, ahead of rivals Fulham (evens), West Brom (6/4), and Swansea (7/2). At 1/12, the odds for Leeds finishing in the top six, and therefore qualifying for the play-offs, are even longer, indicating that bookies don’t think there’s much chance of them finishing any lower.

This year, Leeds United don’t have a huge squad, so it’s fair to say that they need to keep their key players fit if they want to do well. However, in my opinion, the real test will be in the second half of the season, as this is where Leeds’ form fell apart last season. If Marco Bielsa can keep the squad firing on all cylinders after the busy Christmas period, then there’s no real reason why the club can’t go on to grab automatic promotion.

Who will be Leeds’ best player this season?

Under Bielsa, the club has never had a striker that would deliver a guaranteed 20 plus goals — the closest they had to this was Kemar Roofe, who scored 15 league goals in 2018–19, but left during the summer. However, their great strength is the talent they have all over the pitch, and it’s expected that midfielders like Pablo Hernández, Mateusz Klich, and Kalvin Phillips will pitch in with their share.

From the current senior strikers in the squad, their best bet for having the Championship’s top goal scorer lies with Patrick Bamford, who is fancied at 12/1. While Bamford has scored a few goals in a season before — his best return at this level was 17 in 2014–15 — he has never broken the 20 mark usually required to be the division’s top scorer.

The other striking prospects that Leeds United have at their disposal are promising Arsenal loanee Eddie Nketiah at 33/1 and the untested Tyler Roberts at 250/1. Those looking for an alternative may look at 34-year-old midfield maestro Pablo Hernandez (66/1), who bagged 12 goals last season.

All in all, I think Leeds United are very well equipped to achieve promotion this year. With a world-class motivator in Marco Bielsa and a squad brimming with quality, it’s easy to see why they are the bookies’ favourite. I really believe that Leeds fans might be able to take that champagne off ice by the time May 2020 comes around.