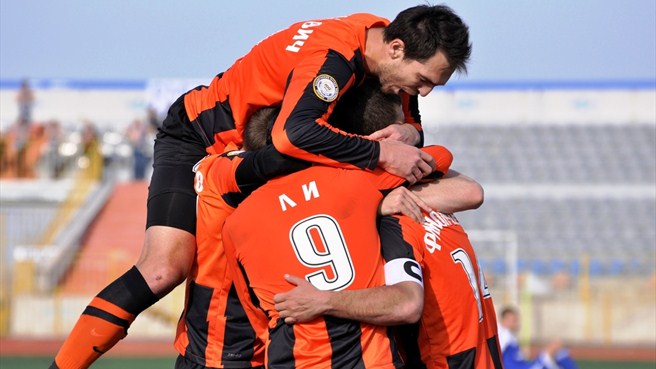 While Shakhter Karagandy was rank-wise the weakest team among Champions route unseeded ones, the Kazakhs certainly cannot be underestimated. No one doubts the Scottish side is the better of these two teams, yet Shakhter has already showed an ability to withstand pressure by managing a surprise win in Belarus against BATE, followed by another victory at home. The things could had gone a different way had Krivets converted a penalty in the second game, yet the Kazakhs’ defense undoubtedly looked rock solid all the way. The games against Belorussians also highlighted Shakhter’s skill to capitalize on opponent’s mistakes – finding an unmarked player in the opposition’s penalty area or converting a chance after goalkeeper’s blunder. If the 2011 and 2012 local champions manage to beat Celtic, they will become the first Kazakh team ever to qualify for group stages of any European competition.

Sergey is the club’s leading scorer this season both in Europe and Kazakh Superleague, but what’s more important – the 22 year-old forward scores when it matters the most. Khiznichenko was the lone scorer in Shakhter’s opening game againt BATE, and also delivered a late punch to Albanian side Skenderbeu, extending the lead to 3 goals in the closing minutes of the first game. Yet, when this convincing advantage vanished in Tirana after three fast goals by the hosts, Sergey stopped the bleeding with 38th minute goal, effectively destroying the Albanian club’s momentum. The Kazakh has been on trial with Feyenoord and is most feared by opposition’s defenders because of his speed.