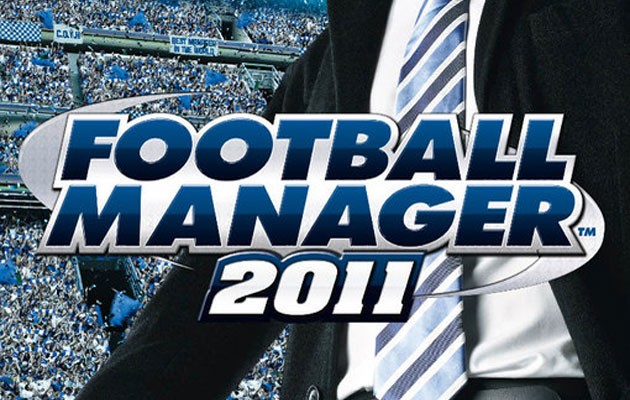 It’s pretty phenomenal to be honest, and is in itself a reflection of the passion for the game in this country. We just absolutely love football, and as Johnny Karp wrote in his recent article, a brave soul has even dared apply for a job at Middlesborough on the back of their stellar record in….Football Manager. The article’s debate is on the pro’s and cons of prodigious football manager players going into management as more and more the Football Manager series links up with the footballing world (Incidentally, here is Johnny Karp’s Football Manager Stories website).

Of course this bridging of the gap is madness, some could say. It’s one thing playing with pixels and quite another managing highly complicated human beings with strengths and weaknesses of all kinds physically and mentally. One thing to tell your players you ‘expect them to win’ and another to motivate to the best of their ability this group of players all from different backgrounds and cultures. One thing to lay out your tactical master plan and have a machine follow it, quite another for football players of all ages to do the same.

It’s one thing to look at players stats on a screen, and quite another to watch hour after hour of video of a player who looks like he could be a star, only for that player to just have been having a good day/ been on steroids. Finally, it’s completely different to watch a game from on high and notice tactical flaws in your play, and quite another to watch this from ground level, where the view is simply a footballing battle.

Yes, the transition is huge, but hang on, hang on. Don’t throw your Mourinho suit in the fire just yet. Have you ever thought about coaching?

Where are the England football coaches?

Bear in mind that fact at the top of the article, because the difference between Football Manager players and coaches is simply astonishing, and I’m not talking about the transition this time but simply the numbers. According to this article (based on a previous Guardian article) England are shockingly behind countries in the rest of Europe with regards to coaching staff – that is to say ‘UEFA data shows that there are only 2,769 English coaches holding UEFA’s B, A and Pro badges, its top qualifications. Spain has produced 23,995, Italy 29,420, Germany 34,970 and France 17,588.’

That, as a statistic, is a massive indicator of why England are so near yet so far – simply not enough coaches to nurture the talent that a country like ours undoubtedly has. In fact, the former quoted article has more damning statistics – horrible even. For every English coach of the above qualified level, there are Eight Hundred and Twelve active English players. Just consider that for a moment. That is like having one teacher per small secondary school.

And whilst we are dropping these flaming bombs here’s another one: ‘In 2009, 115 English coaches had UEFA’s pro license [The highest UEFA Accolade]; in Spain there were 2,140. This translates to ratios of available Pro-licensed coaches to players of 1:190 in Spain, 1:19,565 in England.’

That, translates as one fully qualified coach, for every, single, first, reserve and youth player in the premier league, championship, league one, and league two, and lots of other leagues.

Forget about the gripes that top class players like Lampard, Rooney and Gerrard are not good enough – that is the problem.

Which could well translate as good news for you – where there’s a problem, there’s an opportunity, as someone may or may not have said at some point. Football manager games are among the most popular, if not the most popular games in the UK. They are brought by die hard passionate football fans who love the intricacies of football management and coaching, and scouting, and tactics. And most importantly there is die hard passion.

Football needs you, Football Manager fanatic, not because you have taken Chelmsford City to the Premier League or created a Champions League winning team from your academy, but simply because you love football enough to get involved in these little details. There is a huge hole in the market that can be filled by people who are so hooked on the beautiful game that they will watch pixels replicate football for the love of it.

It’s not even as if we as a generation are less well equipped to coach either. As a people we have more information at our finger tips then ever. More analysis, more creativity, more idea’s more football teams. The opportunity is there for Football Manager players to make a transition into football management proper – that is if you want to.

So yes, people could dismiss Football Manager players getting into the professional game as a far reach – I did. But consider, in that gaming population lies an absolute goldmine of coaching, scouting, hell eventually even managing potential. The knowledge of the game is undoubtedly there. Perhaps more so then ever.

The FA’s official website is the ideal place to launch your coaching career, starting from the bottom and moving on to the very top. You can even find the appropriate courses near your location (and the McDonalds sponsorship might mean free food while you play Football Manager…who knows?). You can even take a course online.

Hell, Mourinho started out as a translator. Why can’t you start out as a football manager player?