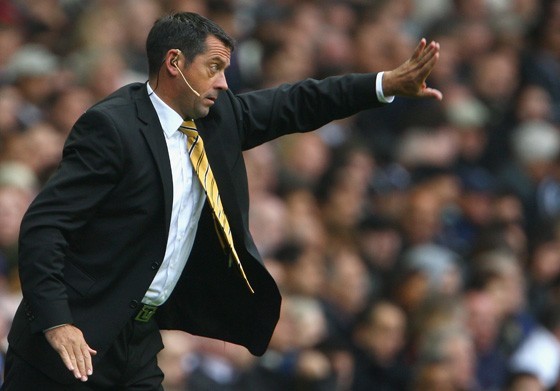 Back in 2006 a guy named John Boileau made a courageous move and applied for a vacant job as Middlesbrough manager. You might remember that Boro were a Premier League club back then but you surely don’t know who John Boileau is, right? Well, this guy took Nuneaton Borough from Conference North to the Championship in eight seasons and also won the Swedish top flight with small club Kalmar FF but you surely didn’t read about those achievements in the papers because all that happened in the 2005 version of the popular computer simulation game called Football Manager.

John sent a letter and a CV to Middlesbrough Football Club chairman Steve Gibson and was honestly hoping to be invited for an interview. You can see his letter and CV in the pictures below.

Well, he didn’t get that interview but he did get a reply from Steve Gibson, a pretty humorous one:

This story is quite entertaining and I guess you can admire both John’s courage and Mr. Gibson’s sense of humor. Being a Football Manager fanatic myself and also being recognized as a pretty good virtual manager, I was encouraged by some of my friends to do what John Boileau did and apply for a real football manager job. I didn’t because I probably lack John’s courage but I did think about the possibility. Miles Jacobson, studio director at Sports Interactive, has recently revealed that there are some clubs that are using the Football Manager 2011 game as part of their scouting network (Everton confirmed that), and it’s no secret that most modern managers are using computer analysis to improve their teams’ performance on the pitch. So why shouldn’t a real football club consider such applications from Football Manager aces? Here’s a list of pros and cons.

1. A Football Manager player is more likely to think outside of the box than Roy Hodgson for example. I know several virtual managers with great analytic minds and loads of creativity and I guess I would hire one if I would own a club.

2. Most Football Manager players know a lot about football tactics, maybe as much as most real managers.

3. Football Manager players are avid football fans, they love this sport and their passion could be a great asset for any club that would take the leap and hire one.

1. Football Manager players might not know too much about the physical aspects of training, they might ruin the squad from that point of view and quite fast! This is the main reason that stopped me from applying for a real manager job, I don’t know anything about training and I guess I’m too old to start learning now.

2. The players might not respect the new manager, especially at a high-profile club. Would Drogba listen to me if I’d tell him to press more or come deep to link play? I seriously doubt it. Does he listen to Ancelotti? I don’t know, but he probably does.

3. A Football Manager ace might not be such a convincing person in real life. He is able to make top-notch tactics and analyze football in great depth but most of them might not really be able to motivate a team because that takes talent and charisma and some people just don’t have those.

The list of pros and cons could be expanded, of course, and I am looking forward to reading your suggestions in the comments. I don’t know if the pros outweigh the cons or if it’s the other way around but in my view a Football Manager fanatic should never be a solution for a top-flight club. However, I think that semi-professional clubs might want to look into that, their players don’t train too much anyway and a great tactical mind on the bench could make a difference now and again.

Do you think that you have what it takes to move from pixels to the pitch? Then you could start sharing your FM 2011 stories on my website, FootballManagerStory.com, and maybe give the interested clubs a better look inside your manager mind.