Marquee signings and star players are the hallmark of any top club in Football Manager, but you can’t spend £90 million on every player.

However, most top clubs (and many mid-level clubs, thanks to creative player sales) are able to spend £100m or so in a summer transfer window (especially in the Premier League), so we dug into the best FM 2021 Wonderkids list from FM Stories and put together a playing XI that costs just £90m.

Quite often, wonderkids in FM will cost less than the so-called stars; Chelsea’s Mendy over Kepa is one example. Cheap prospects can also be flipped for a profit which is quite handy for lower-level clubs looking to climb up the ladder, which is why we subscribe to the bargain buy.

Who are these hidden gems in this year’s Football Manager? Let’s find out

Value for money wonderkids are under 22 years of age and cheaper than £20 million. All asking prices are taken from the start of a new save game. Our Wonderkid XI costs less than £90 million and is tailored to a 4-2-3-1 or 4-4-2.

Vandevoordt could walk into most top-flight teams and hold his own. At 18 years of age and costing just £17m, the Belgian has good current ability and massive potential. In fact, Vandevoordt is one of the top five wonderkid goalkeepers in FM 21. 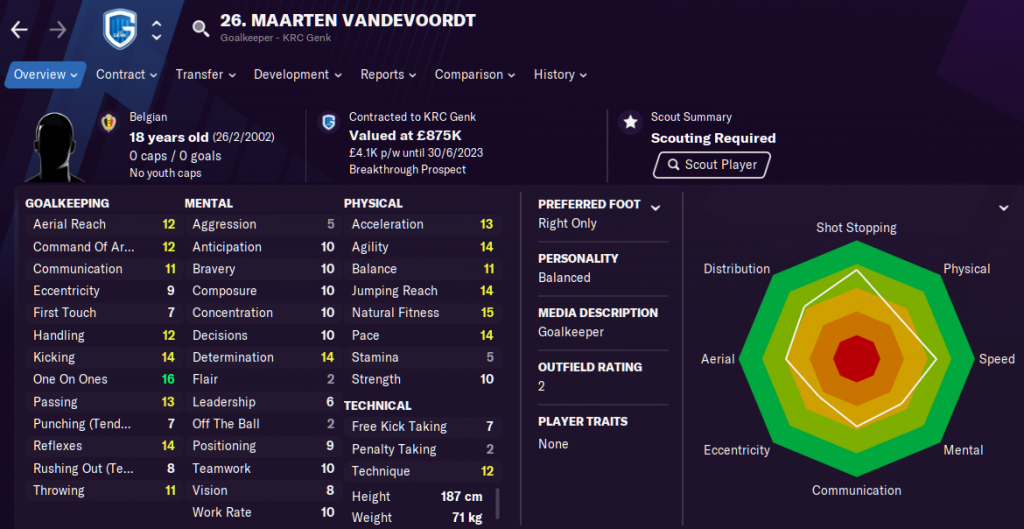 Finding young centrebacks capable of first-team football can be difficult, but Badiashile is a rare breed. Strong, quick and impressive in the air, Benoit has good all-round defensive stats and could grow into a world-class ball-playing defender. £9 million seems a snatch for guaranteed quality. In our test save the 19-year-old missed just 27 league games in 7 years! 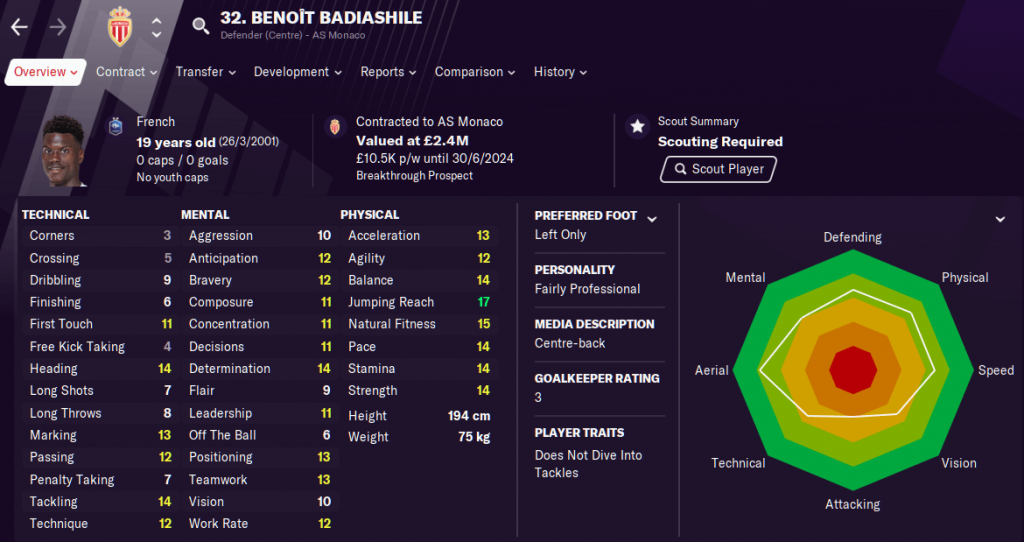 Papetti is a ball-playing defender with great speed and physicality. FC Bayern paid £180 million for this kid in our test save. Amazing when you consider Brescia will sell for £2.9 million in season one. cheap wonderkids with such potential are hard to find and Papetti can be one of the very best. 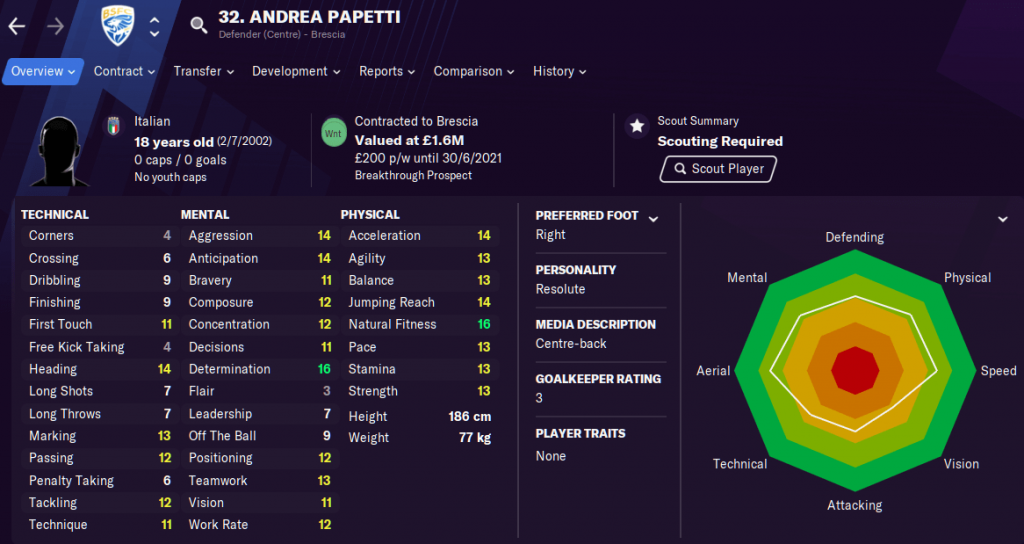 Bargain buys are hard to find in the right-back position but Menino is a cracking find. Also capable throughout the midfield, the Brazilian possess good speed, technical ability and rounded mental attributes. This kid can create, break up play and fulfil the utility man role. We think he’s worth the £13.5m asking price. 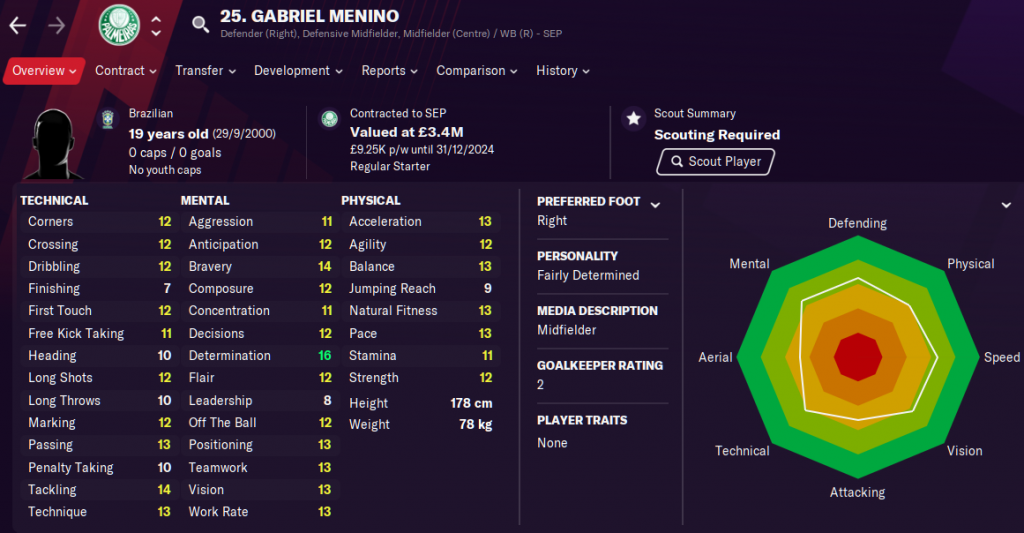 Aaron Hickey is a flying wingback from Scotland plying his trade for Bologna in Serie A. Despite moving from Hearts just this summer, Bologna will accept £5.5m. An all-round talent, Aaron is very quick and in a similar mould to Andrew Robertson; much better in the final third than the first. 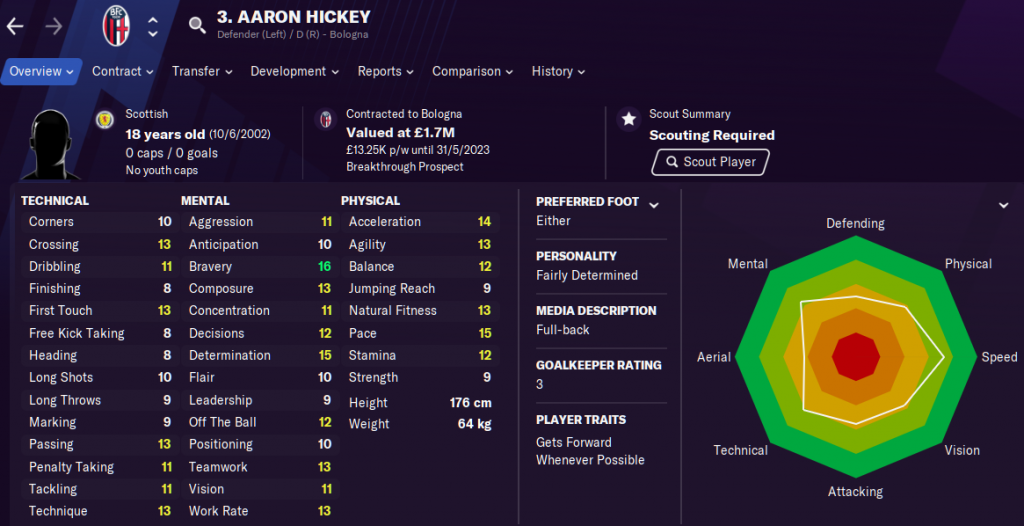 Another cheap prospect is Nicolo Rovella from Genoa. Capable at DMC or MC, Rovella suffers no real weakness. This kid can create, break up play and get about the pitch. Arsenal tend to buy Nicolo within one week of a new save and at £1.2 million, why not? His value can rise to £58 million so there is a big profit to be made. 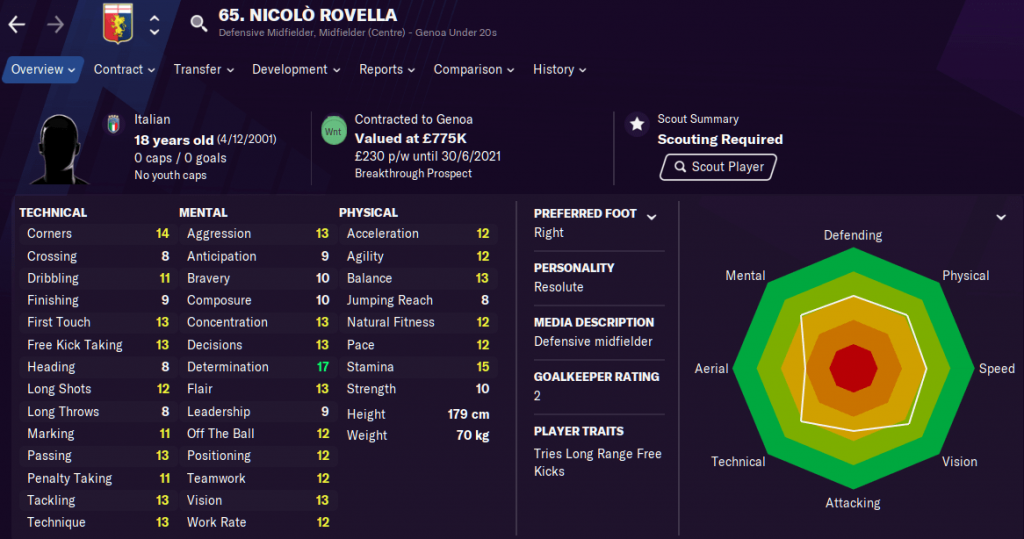 The Ajax academy is littered with talent and Kudus could be one of the best. £15.5m is steep but high current ability comes at a cost and Mohammed should walk into most top-flight teams. A technical player with great creative vision and physical edge Kudus would suit a box-to-box midfielder role or feature as an advanced playmaker. 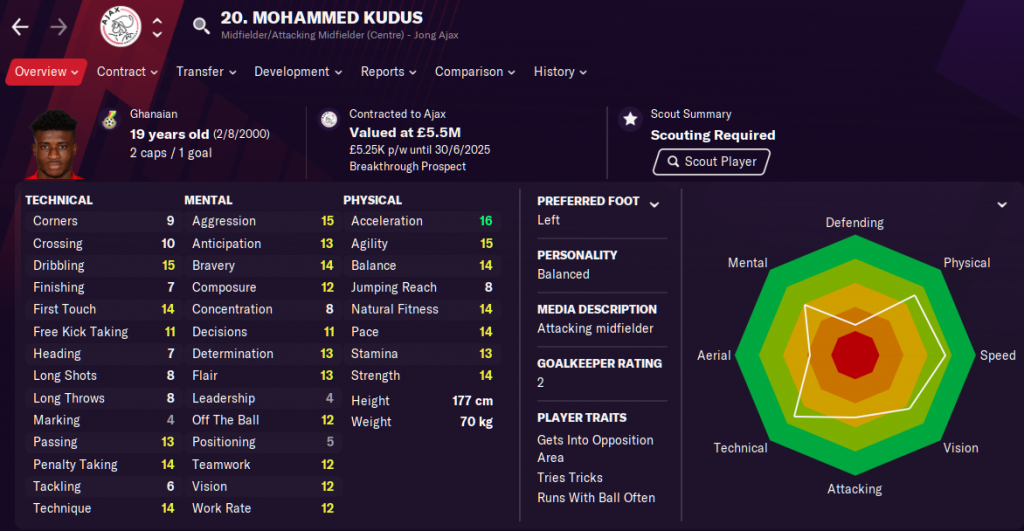 Bought for a pittance from Tottenham, Marcus Edwards has taken the Portuguese top-flight by storm since joining Guimaraes in 2019. A skilful little runner with amazing technique, Edwards would walk into any top-flight team. Cutting inside from the right he can also be trained to MR, taking full advantage of that ball control and athletic edge. 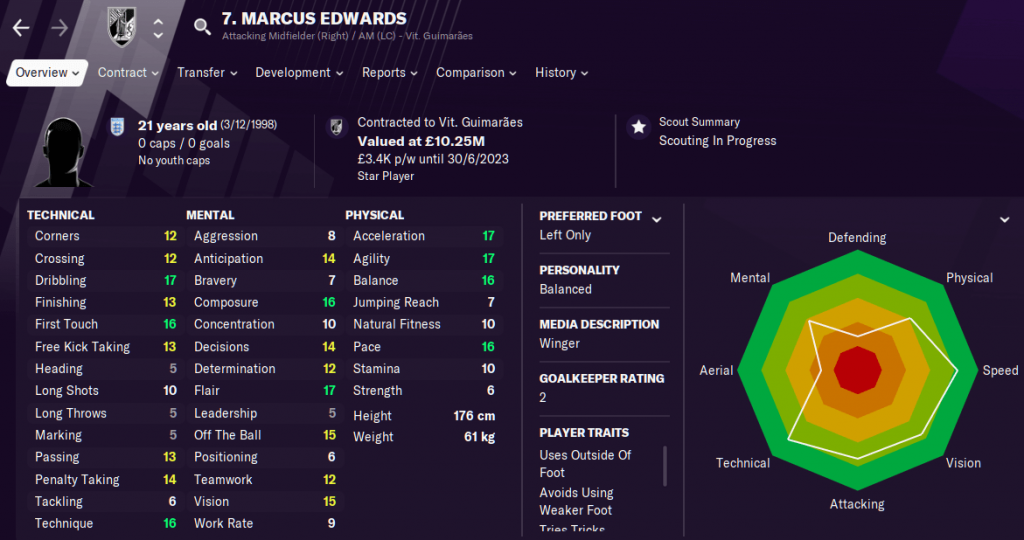 A fast, skilful inside forward, Zeballos can beat his man and find the net. Best played from AML, the 18-year-old can also play up front as an advanced forward or false nine. Costing just £4.7m, Zeballos seems to develop save in save out and should be a reliable first season signing. 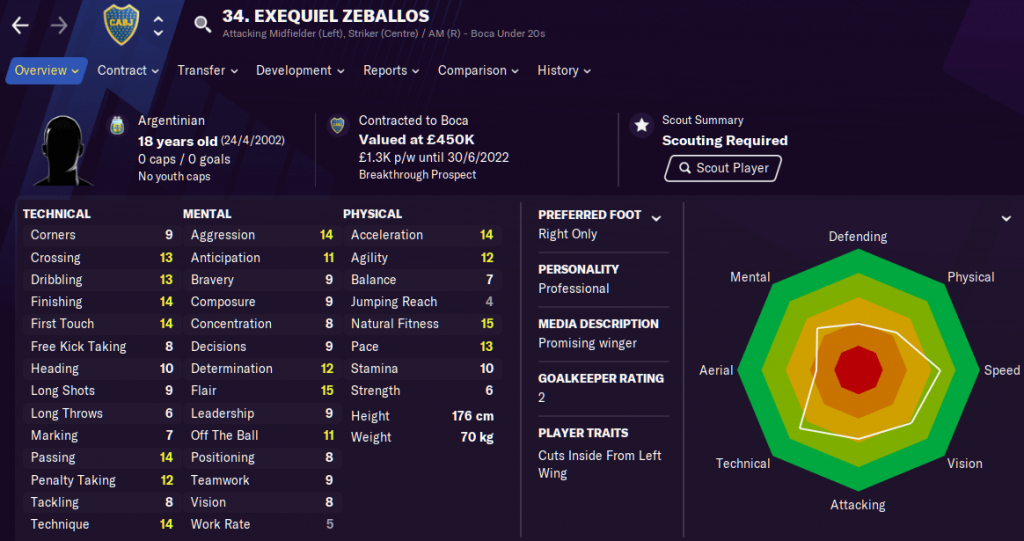 A strange crossbreed of attacking midfielder and number nine, Lazaro has it all. He is fast, mature, possesses great technique and ability with the ball. The Brazilian can create, score and puts in a shift. A very classy forward costing just £7.5 million. 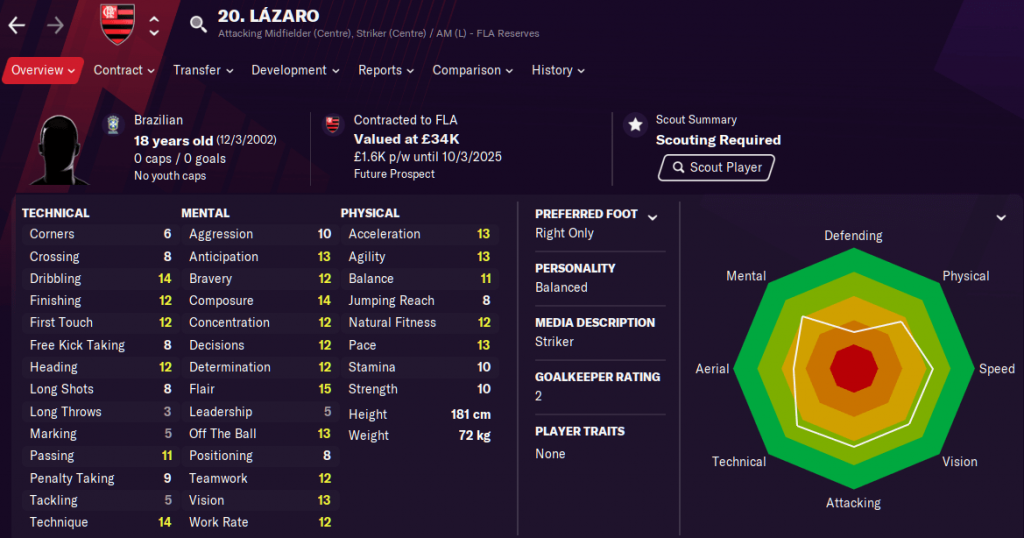 Arguably THE bargain buy of FM 21, Arezo is a striker from Uruguay with great versatility and all-round game. Fast, technically gifted and deadly in front of goal the 17-year-old could be world-class within 3 seasons and costs just £1.5m. We have seen that value rise to £65 million as Matias joined both PSG and Real Madrid. 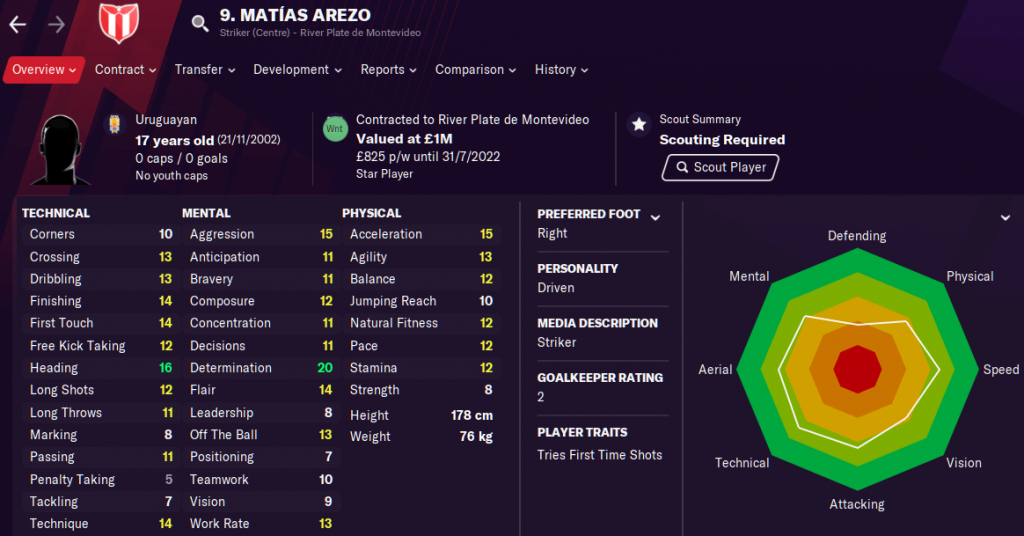 So, there’s your bargain FM 21 wonderkids starting XI – it’s a great place to start if you’re looking for a wonderkid for a specific position but are on a budget.

For the full list, which includes your Camavingas, Sanchos and lots more, head over to FM Stories’ FM 21 wonderkids list.