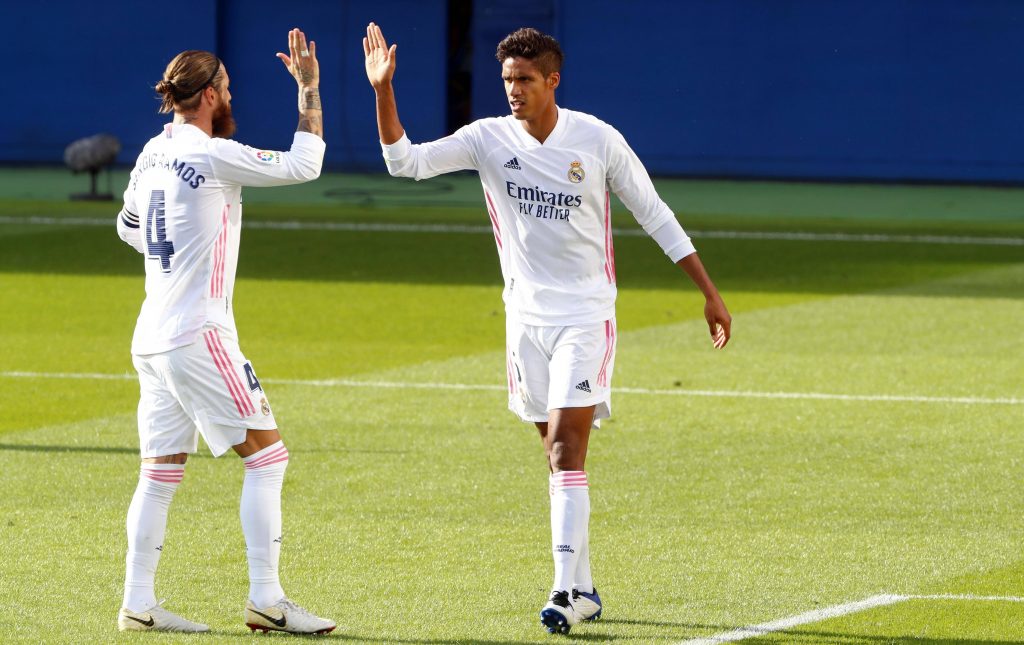 Real Madrid recently confirmed that Sergio Ramos would be leaving the club after the expiry of his contract on June 30.

The Spaniard wanted a multi-year deal with Los Blancos, but the hierarchy were only prepared to hand him a 12-month extension.

The centre-back eventually changed his contract stance, but it was too late as there was an expiry date on the proposal that had surpassed.

The 35-year-old is set to pursue a fresh challenge after 16 years, and he could yet be joined by Raphael Varane through the exit door.

Varane has only 12 months left on his existing deal with the Madrid giants, and the club are yet to negotiate a suitable renewal with him.

He will assess his future following the European Championships, and Los Blancos will be desperate to commit him to a new long-term deal.

Let’s have a look at where Ramos and Varane could be playing next term.

Ramos has been linked with a possible move to the Premier League, with Manchester United considered as an option.

However, the Red Devils are said to have a grudge against the defender after a failed approach to sign him previously.

They are searching for a partner for Harry Maguire and could prefer to go with someone in the prime of his career.

Hence, Paris Saint-Germain are the most likely destination for Ramos given their long-term interest in his services.

Earlier in January, it was claimed that they had proposed a three-year contract to the Spaniard worth €45 million.

Ramos has now reportedly told Madrid players that he will be joining the Parisian giants.

Ramos would be a like-for-like replacement and could be handed the captain’s armband.

Varane should attract plenty of interest this summer if Madrid decide to cash in on his services during the transfer window.

A move to PSG has been touted, which could see him reunite with Ramos.

However, we don’t see that happening with two quality centre-backs in Marquinhos and Presnel Kimpembe already at the club.

The anticipated arrival of Ramos could see Marquinhos shift to the holding midfield role.

The Red Devils could come up with an improved offer, but it won’t come as a surprise if Los Blancos stay firm on their valuation to deny them.

Madrid would suffer a bitter blow with their main centre-backs leaving in the same window. They could eventually give in to Varane’s wage demands to keep him.

Read: Serie A giants close to reaching an agreement with Real Madrid for versatile attacker.