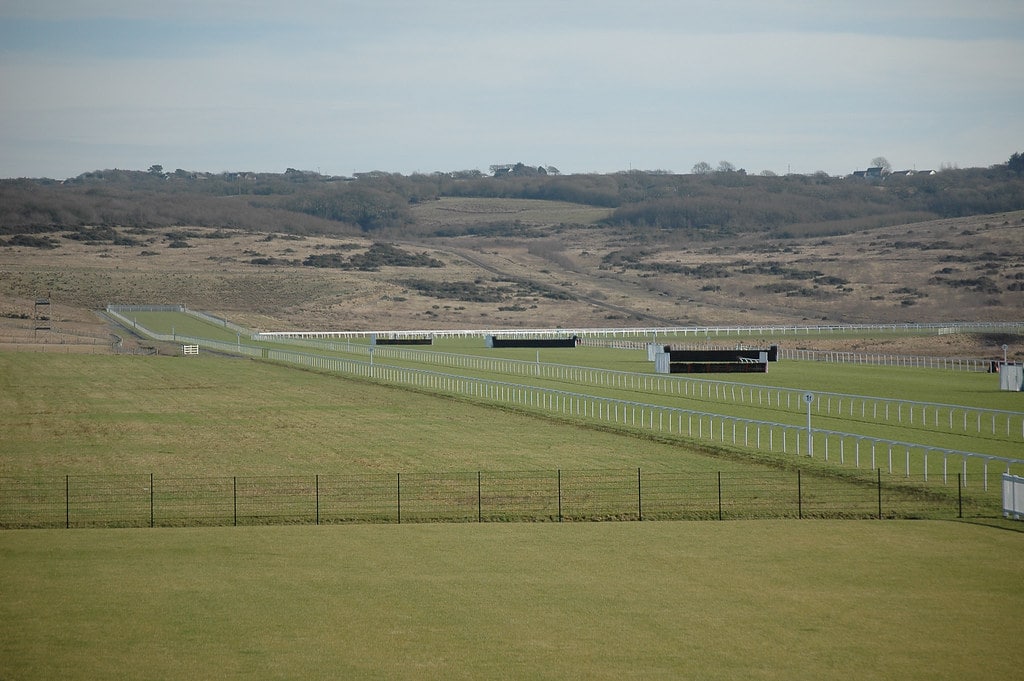 Ffos Las Racecourse stages its most famous race, the 2m Welsh Champion Hurdle (4:35), on Saturday, 16 October. Located in the west of the Principality, the track often has deep ground but not this year.

Changes to Ffos Las fixtures including this limited handicap hurdle saw the date and distance of the race altered for the 2016-17 season. The Welsh Champion Hurdle moved from late January or early February to this middle of October slot then.

Previous Ffos Las results saw the race contested over 2m 4f, but this event is now about two miles. When looking at trends, only the last five Welsh Champion Hurdle winners are really relevant as a result. Since the alterations to Ffos Las races were made, each successful horse in this took it after a summer break.

Four of the last five Welsh Champion Hurdle winners had a starting price of 7/2 or shorter, so it plays to follow market movers and those prominent in the betting. What does the feature of all Ffos Las racing events have in store this year? There’s a field of a dozen runners vying for the spoils.

Bet on the Welsh Champion Hurdle with William Hill

Why Calico is favourite in the Welsh Champion Hurdle betting

The Scottish Champion Hurdle from April could be a key piece of form for its equivalent race in Wales. Fourth home that day was Calico for the Dan Skelton stable. A German import to that yard, this five-year-old Soldier Hollow gelding placed in a Listed race at Baden-Baden before joining his current handler.

Calico found no problem with heavy ground on his hurdles debut in January and Skelton pitched him straight into Grade 2 company off the back of it. He had a ding-dong tussle with Cape Gentleman on the Kempton run-in and went down fighting by three-quarters of a length. The winner has since run a fine third in the Galway Hurdle, finishing just a head behind Scottish Champion Hurdle scorer Milkwood, and landed his first start over fences. This is very good form indeed.

As Calico then sluiced up at Warwick and ran fourth at Ayr, the case for him being favourite with horse racing betting sites is obvious. He has gone well fresh before and handles the surprisingly sound surface for the time of year. This is also his first run after a wind op. Off an unchanged mark of 139, Calico is 5/1 for Ffos Las Welsh Champion Hurdle glory.

He also meets the re-opposing fifth home from Ayr, Glory And Fortune, off 4lb better terms. That one, trained by Tom Lacey, already has some six lengths to find on the favourite. However, Glory And Fortune – a 7/1 shot here – does have a race fitness edge after defying top weight in a Plumpton handicap on reappearance last month. It’s still hard to see him turning the tables with Calico, though.

Back Calico with William Hill

The main danger to Team Skelton here very much looks like those at the foot of the weights. History shows that recent Welsh Champion Hurdle winners have had ratings in the high 130s and above. However, the eye is drawn to Cormier and the pick of his form. Trained in Yorkshire by Brian Ellison, this five-year-old son of Born To Sea is a useful dual purpose performer.

Cormier beat subsequent five-time hurdles winner Faivoir at Uttoxeter just over 12 months ago. The runner-up progressed into a Grade 2 performer in that sphere and has since also won his chase debut. Cormier then followed-up at Fakenham and was far from disgraced when seventh to The Shunter in the Grade 3 Greatwood Hurdle at Cheltenham. He lost a shoe that day.

Following a break, Cormier beat subsequent Grade 2 Persian War scorer Camprond home when runner-up in the Swinton Handicap Hurdle at Haydock in May. He may have been no match for the winner, Copperless, but was best the of the rest. That effort came off 130 and he’s only 3lb higher in the weights for the Welsh Champion Hurdle at Ffos Las.

As Cormier has proven his well-being with wins on the Flat this summer, he made have a fitness edge over those making their reappearances. After just six hurdles starts, there is plenty more to come from him in this sphere too. Henry Brooke takes the ride for the first time here too. Cormier is 6/1 for this and a big danger off just 10st 6lb.

Bet on Cormier with William Hill

Sam Thomas is out to make a name for himself as a trainer, and has plenty of bright prospects for this jumps season. They include Dobryn, a lightly-raced and unexposed five-year-old No Risk At All gelding. The stable does well with the progeny of that particular sire. Dobryn has three wins in five career starts and fits into the could be anything category of racehorses.

The form of his maiden hurdle win at Plumpton isn’t too shabby as the fourth, fifth and seventh home have all won races since. Dobryn then was a keeping on second to Quinta Do Mar at Ludlow. The sixth home that day, An Tailliuir, has been something of a blot winning four handicaps on the spin. Mr Yeats back in ninth has also scored in that sphere since.

Dobryn put in a career best effort back at Ludlow when last in action. He bolted up on his handicap debut there by 11 lengths with those in-behind him strung out like washing. Although the handicapper has taken that romp literally and raised Dobryn’s rating by 10lb, he ran on so well that it may not stop him from going in again.

Jordan Nailor takes off a valuable 3lb with his claim too. Dobryn looks very well weighted for the Welsh Champion Hurdle. If the betting is accurate, then he is Wales’s best chance of a having a domestic winner in this event. Dobryn could be a dark horse and is 7/1 for a successful step up in class here.

Back Dorbyn with William Hill

As Colin Tizzard prepares to hand the reins over to son Joe, Amarillo Sky may appeal to some punters off bottom weight. This five-year-old Westerner gelding ran into hot prospects Dusart and Metier on his first two starts for the yard after winning an Irish Point. Amarillo Sky finished 11 lengths behind subsequent Betfair Hurdle hero Soaring Glory on that initial outing over timber too.

Wins came later in the season at Exeter off a lowly mark of 115 and Newton Abbot before his summer break. Amarillo Sky had no problem scoring again off 10lb higher the last day, so there could be more to come. There is a question about how well he goes fresh, however. Amarillo Sky is 6/1 for the Welsh Champion Hurdle on his reappearance.

When the betting opened, it was double figure prices bar those five. Nigel Twiston-Davies veteran Ballyandy has top weight but runs off 3lb lower than when runner-up last year. Aged 10, he doesn’t have any further improvement in him, though. Monsieur Lecoq won the Welsh Champion Hurdle two years ago and is effectively back down to the same mark, but needs a softer surface than he gets.

David Pipe saddles two in Leoncavallo and Umbrigado, yet this race may just be a pipe opener – pun intended – for other targets. Emma Lavelle runner Hang In There looks badly handicapped even taking into account Joe Anderson’s 10lb claim. Diego Du Charmil is on the comeback trail for champion trainer Paul Nicholls, while Dans Le Vent got a 3lb hike for defeat at Aintree under Isabelle Williams for father Evan. That yard won the Welsh Champion Hurdle with Silver Streak in 2018.