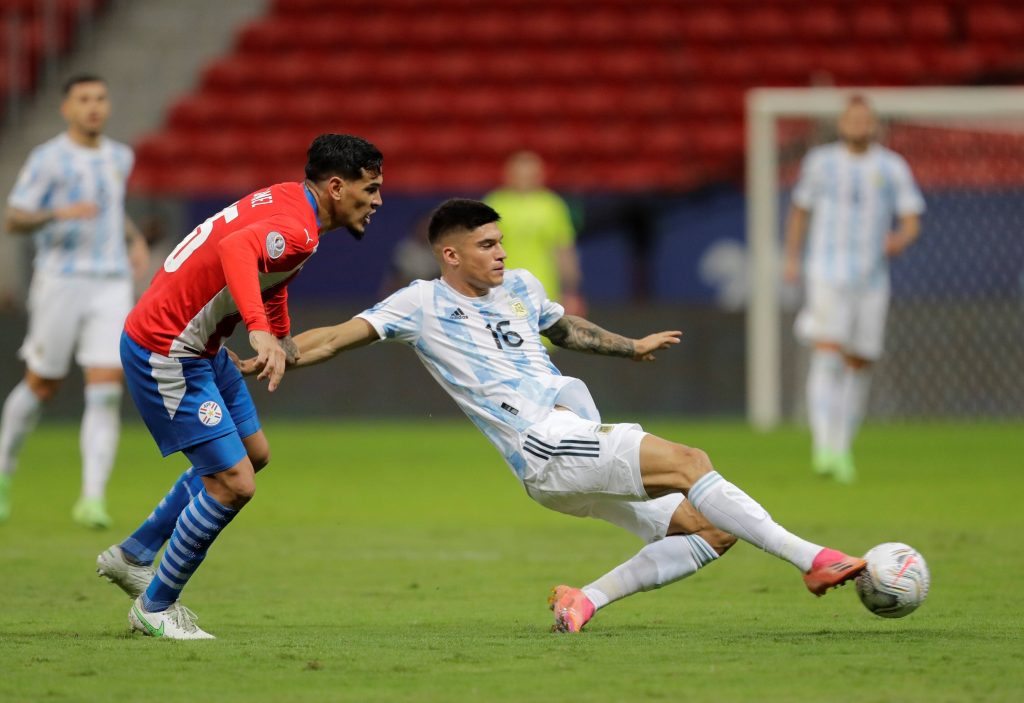 Arsenal and Tottenham Hotspur have joined the race to sign Lazio forward Joaquin Correa this summer.

According to Gianluigi Longari, Paris Saint-Germain are also keen on the Argentine international.

The 26-year-old had an impressive season with the Italian club last year but could be on his way out this summer after their managerial change.

Correa scored 11 goals and six assists across all competitions and can play multiple roles across the front three.

The versatile forward could lead the line for Spurs next season or play in a wide role, while Arsenal could use him to support Pierre-Emerick Aubameyang and Nicolas Pepe.

The attacker has a contract with Lazio until the summer of 2024, and the Italian outfit are unlikely to let him leave cheaply.

The Argentine is at the peak of his career right now and could make an immediate impact in the Premier League.

Both London clubs need to add more depth to their squads to challenge for Champions League football, and signings like Correa could prove important.

PSG are obviously the best club chasing him and can provide him with the opportunity to play in the Champions League next season.

However, the lure of the Premier League cannot be underestimated. Spurs and Arsenal will hope that Correa will be tempted to move to England.