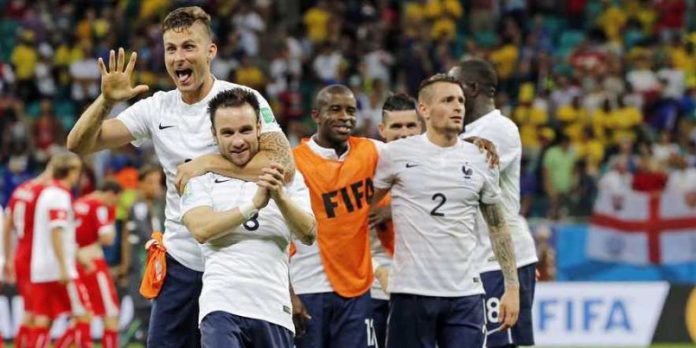 5. Costa Rica: It has been nothing short of a fairytale for Jorge Luis Pinto’s side who were expected to be mere pushovers in the Group of Death. Pinto’s unsymmetrical 5-4-1 setup not only upset the odds against Uruguay, the South American side’s 1-0 win over Italy proved their  first match win was not simply a flash in the pan. 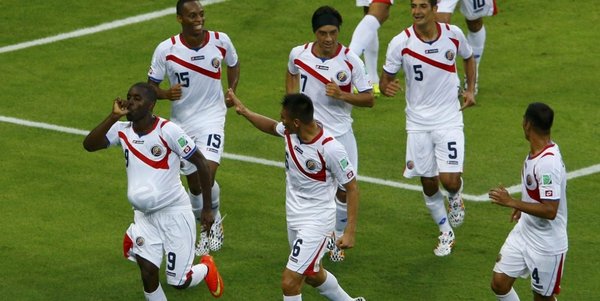 Pinto’s side harassed Andrea Pirlo in the middle of the park, not allowing the “Mozart of the Azzurris” any time on the ball, with Costa Rica reaping the rewards from their stunning willingness to fight on the grandest of stages.

Midfielder Bryan Ruiz remains the talisman for the team while its heart warming to see young Joel Campbell choosing the greatest of stages to prove his true worth at a tender age.

A potential quarter final appearance looks probable with only a limited Greece in their path, but once there, upstaging either of Netherlands or Mexico might prove too tall a ladder to climb.

4. France: Didier Deschamps’ side have been simply sensational but it would be fair to say that the Les Bleus haven’t been truely tested as of yet by the strongest of opposition. Still, the 5-2 thrashing of Otmar Hitzfeld’s Switzerland will give the French a lot of confidence against Nigeria in the last sixteen. 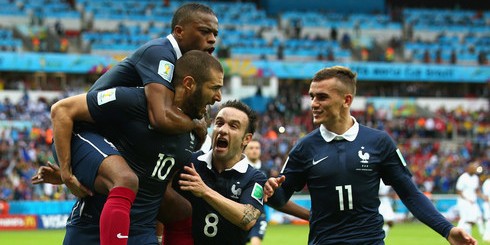 The absence of Frank Ribery has hardly been felt, with Antoine Griezmann, Karim Benzema and Paul Pogba taking the responsibility to drive their team forward. A potential quarter final showdown against Germany will be a major test but the tactical flexibility that Mathieu Valbuena, Blaise Matuidi and Olivier Giroud have shown will give a lot of hope to French fans back home.

3. Germany: If there is any team who feel they can all the way, its the Die Mannschaft. Their early rout of Portugal set the tone for the tournament but Joachim Löw’s side were exposed at the back by Ghana thanks to the African side’s physical side of the game. 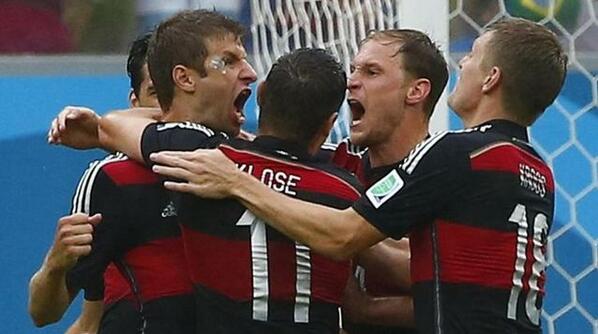 Thomas Muller’s striker saw off the USA in their last game but the lack of a proper number nine might harm the Germans late on in the event. While Muller has been impressive in the role up till now, Mario Gotze too can fill up the void but against a top quality defense a disaster might just be imminent. 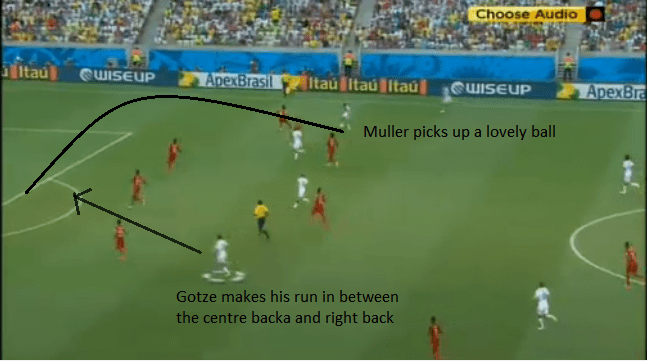 Striker Miroslav Klose will still fancy his chances of overtaking Brazilian legend Ronaldo as the top goalscorer in World Cup history, as while the 36-year-old doesn’t have the legs to last ninety minutes any longer, he still pops up at the right place at the right time.

2. Holland: The Dutch boast a perfect record from the group stages, with Louis Van Gaal’s tactical acumen guiding his side past every hurdle, with their 5-1 mauling of now-former world champions Spain a real sign of intent. 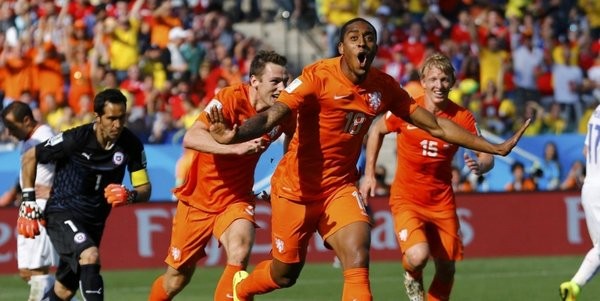 The new Manchester United manager has got the lot spot on so far, tweaking his team setup to match the opposition, with his Dutch side comfortably topping the ominous-looking Group B. His substitutions against Chile, for example, swung the pendulum the way of the Netherlands, ensuring they came away with an impressive 2-0 success.

Both Leroy Fer and Memphis Depay had an immediate impact coming on from the bench, as Van Gaal later said, “We knew the Chilean intensity would drop in the last 15 minutes of the match, and when you bring on extra power and creativity, you can expect to see something.”

Their last 16 clash against Mexico looks tricky with both sides sharing the same “spare man at the back philosophy”, but the Dutch will be favourites to progress, with both Robin van Persie and Arjen Robben expected to continue to light up Brazil in the coming days.

1. Colombia: Radamel Falcao and Luis Muriel’s absence seems to be a thing of the past as Jose Pekerman’s side top my list of the most dazzling teams so far. Monaco’s James Rodriguez and Fiorentina’s Juan Cuadrado have been simply sensational with Victor Ibarbao too making a name for himself. 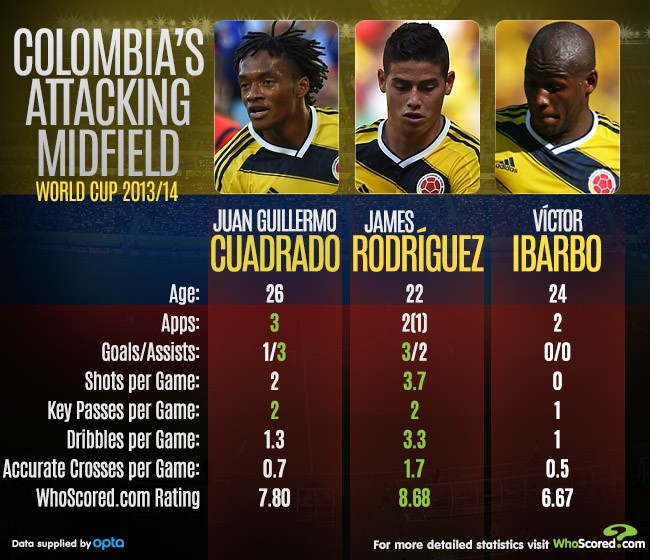 Jackson Martinez too looks to be in hot form after his brace against Japan and the Porto striker will be looking to make most of a Luis Suarez-less Uruguay in the round of sixteen clash at the Maracana.

Should they get past Oscar Tabarez’s side they might face hosts Brazil, but who knows, its the biggest of games that heralds the birth of a new star in waiting. Twenty years after the sad demise of Andres Escobar can the Los Cafeteros finally go all the way?