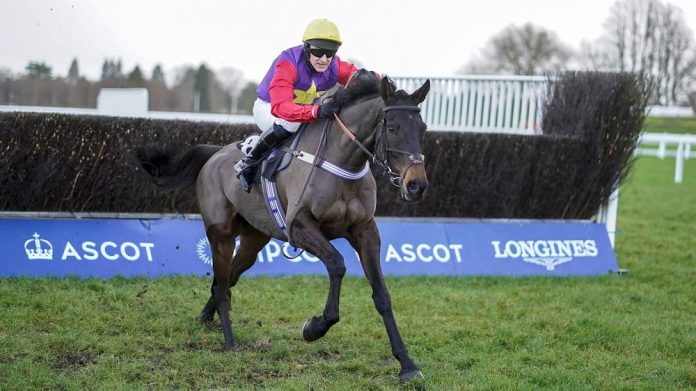 The second part of the Winter Million meeting takes place at Lingfield on Sunday, 23 January with some top horses on show. Celebrating this new National Hunt fixture are SportsLens tipsters who have their fancies for it below. Get the latest Winter Million tips from our experts.

Friday’s racing certainly didn’t disappoint with our tipsters putting up three winners and a second. The next card of jumps racing at Lingfield following All-Weather Flat action on Saturday also promises much. Big races on this day include the 2m 6f Fleur De Lys Chase with a £78,000 first prize. There is also an extended 2m 3f conditions hurdle worth £100,000 and over £52,000 going to the winner. It’s this excellent prize money stumped up at Lingfield that has attracted some top National Hunt types to run.

Check out our tipsters’ picks for the first six races on Sunday with full Winter Million tips to follow. The card kicks off with a valuable bumper, a National Hunt Flat race run on Lingfield’s All-Weather track with forecast ground pretty heavy. SportsLens experts direct punters to the best odds available on horse racing betting sites at the time of writing too. Let’s get stuck in!

Plenty with claims in the opening contest with the winner receiving over £21,000. German raider Estacas has been declared and comes an awfully long way for connections not to take this seriously. Trained by Andreas Wohler, this five-year-old Galileo gelding scored in some style on his racecourse debut at Ascot.

Estacas beat an Irish Point winner in Chianti Classico going away by a cosy 1 1/2 lengths. The runner-up has since bolted up at Market Rasen, so the form looks good. Firestream, back in fourth that day, has also come out and won well at Exeter. Jamie Moore again takes the ride and had a 30 per cent strike rate in the saddle going into the Winter Million meeting. Estacas is the one to be on with online bookmakers here.

Fameaftertheglory ran a cracking race in defeat under top weight at Limerick over the festive period. Gavin Cromwell’s Irish raider is the first of two Winter Million tips from our experts in the second race at Lingfield on Sunday as a result. This six-year-old Fame And Glory gelding tried in vain conceding 11lb to Bold Getaway when last in action. Fameaftertheglory went down fighting by 3 1/2 lengths as the weight told.

The front two pulled clear of two subsequent winners in Whiskey Lullaby and Supreme Jet. That gives the form a strong look. With the exception of the penalised Bowtogreatness, this is off level weights. If Fameaftertheglory, an Irish Point winner before last Christmas, repeats his last run, he should go close to landing the almost £16,000 first prize. That is why William Hill make him a 5/2 chance to go one better.

Bet on Fameaftertheglory with William Hill

Another competitive 2m contest where just 7lb on official ratings separates four of the five runners. War Lord is the highest in the handicap and beat Il Ridoto off 7lb worse terms at Newton Abbot earlier in the season. While the latter comes out best on adjusted figures, Colin Tizzard’s charge drops down significantly in class here.

War Lord, a seven-year-old Jukebox Jury gelding, followed-up on his debut win over fences in a graduation chase at Carlisle. He was then far from disgraced when chasing home Edwardstone in the Grade 1 Henry VIII at Sandown last month. As War Lord confirmed previous form with Minella Drama that day and also had a previous Grade 2 winner in-behind, that’s the best form on offer. He is 2/1 with Bet365 to bounce back.

Bet on War Lord with Bet365

In the big hurdle race at the Winter Million Sunday fixture, Darver Star bounced back to form last time out. Also trained by Cromwell, this horse came third in the Champion Hurdle two years ago. Going over fences hasn’t really worked out for Darver Star, now aged 10. However, he clearly retains hurdles ability after bolting up by 20 lengths over the extended 2m 3f trip of this contest at Punchestown on New Year’s Eve.

Darver Star, a gelding by Kalanisi, receives 6lb from ratings topper Brewin’upastorm, who has a fall when favourite in the Cheltenham betting on the Relkeel Hurdle to get over from just three weeks ago. On adjusted figures, then, Darver Star comes out 4lb and upwards clear of the field. It gives him every chance of following-up with Hills going 2/1 about just that.

Back Darver Star with William Hill

Bristol De Mai will like the ground but 2m 6f may be on the sharp side for the popular grey campaigned by Nigel Twiston-Davies for many years at 3m plus. The selection instead here is Dashel Drasher. Now aged nine, this Passing Glance gelding ran really well and defied top weight over hurdles for trainer Jeremy Scott last time out.

Dashel Drasher, a Grade 1 winner after his Ascot Chase success last season, is a very game horse out in front. He has wins over re-opposing rivals Itchy Feet and Master Tommytucker, so can beat them again. Fanion D’Estruval has also been declared at Ascot, so it’s unclear what the Venetia Williams team have planned. Dashel Drasher doesn’t mind deep ground, so is another of our Winter Million tips in this feature race with Bet365 making him a 3/1 chance.

Back Dashel Drasher with Bet365

And finally, in the concluding race over an extended 2m 3f, bottom weight Global Agreement is an interesting contender for in-form trainer Milton Harris. This five-year-old Mayson gelding has won his last two races on heavy ground including at this venue. He also ran a belter in defeat over this trip at Fontwell when conceding 11lb to the now 104-rated Legal Rights.

Global Agreement comes from a shrewd stable that place its horses well. It was no surprise that he resumed winning ways at Wetherby earlier this month, staying on strongly up the rail with a late swoop. As Global Agreement sneaks into this at the foot of the handicap, he looks dangerous and an each way play at 13/2 with Hills.

Back Global Agreement with William Hill