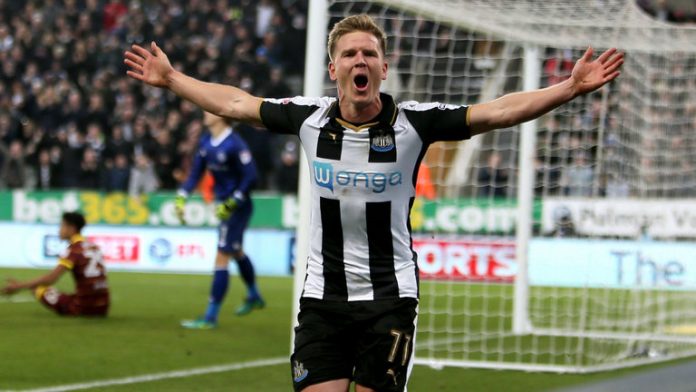 The Magpies ended up on the losing side but the injury to Matt Ritchie left Steve Bruce fuming.

Leicester City midfielder Hamza Choudhury unleashed a rash tackle on the Newcastle player and Bruce has confirmed that the player’s leg is in a mess right now.

It will be interesting to see how long Ritchie is ruled out for. It was a terrible tackle from the Leicester City player.

Choudhury escaped a red card despite the horror tackle and Steve Bruce claims that it could be ankle damage for Ritchie.

Speaking to The Chronicle, the Newcastle United manager said: “It was difficult with the problems we had. I was forced to make the changes, we didn’t want to do it and we’ve lost three tonight. The mess Matt Ritchie’s in – it was a horror challenge. When I see the mess on his leg. We fear ankle damage; he’s got three stitches in his leg. I don’t want players sent off but when it’s horror challenges, it isn’t good. It’s a horror one, it’s over the top. Believe me, it’s a horrible one.”

Newcastle cannot afford to lose a key player like Ritchie for a long time. It would be a damaging blow for them.

The Magpies have made a mixed start to their season and they need to build some momentum right now. Losing a key player would weaken them and it could result in poor performances.