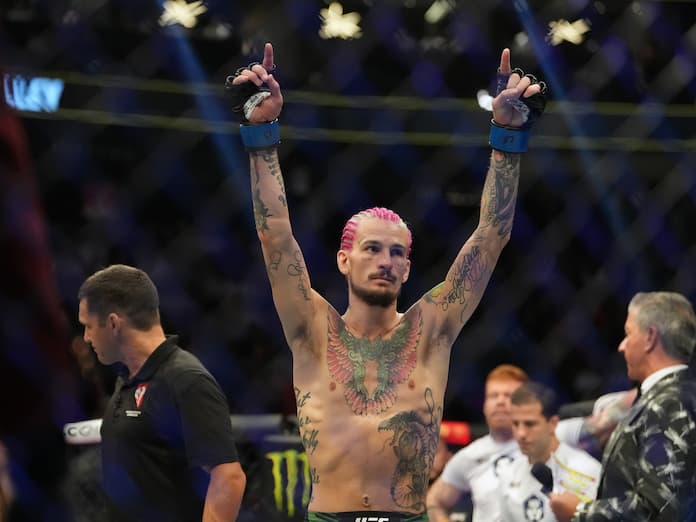 SEAN O’MALLEY has taken to Twitter ahead of his UFC 280 fight with Petr Yan on October 22nd. ‘Suga’ has insisted he would be surprised if he gets hit once and promises to “beat up” his Russian opponent in just under four weeks time.

‘Suga’ Takes To Twitter Ahead Of Petr Yan Clash

Surging bantamweight contender, Sean O’Malley, has began the mind games ahead of his UFC 280 clash with Petr Yan. Yan is a former champion at 135-pounds, but O’Malley is hopeful of showing off his supreme boxing ability and defeating the former champ.

O’Malley is growing in confidence as the fight draws nearer, and has taken to Twitter recently to air his thoughts on his upcoming fight on October 22nd against Yan.

The 27-year-old’s first tweet is aimed at Petr Yan directly, stating that O’Malley will beat up his opponent. ‘Suga’ has also deliberately spelt Petr yan’s name wrong, probably trying to get every little psychological advantage he can over the Russian bantamweight.

4 weeks till I get to beat up Peter

O’Malley followed up this tweet with another one a day later, saying that he will be very surprised if Petr Yan even lands a glove on him. The confidence of the 16-1, 135 pounder is mesmerising.

O’Malley believes Yan stands no chance in the fight and will not be able to close the distance against the bigger, faster and more powerful fighter in himself.

I’ll be surprised if I get hit once

O’Malley will be looking to impress at UFC 280 after his previous fight ended in a controversial No Contest (NC). O’Malley was deemed to have accidentally poked the eye of #8 ranked bantamweight, Pedro Munhoz at UFC 276.

Prior to that, O’Malley was riding a three-fight winning streak against Thomas Almeida, Kris Moutinho, and Raulian Paiva. ‘Suga’ finishing all three of these opponents via KO/TKO and will be hopeful of the same outcome come October 22nd at the Etihad Arena, Abu Dhabi, United Arab Emirates.

Haven’t claimed the Yan vs O’Malley betting offer yet? Don’t worry, take a look at the best betting sites and claim the best bookmaker free bets. Be sure to also check out the best offshore betting sites.