Ronaldo to Real…Finally. What Next For Manchester United?

Last summer, we heard numerous reports that Ronaldo was to move to Madrid. A deal was in place. It was definite. It was going to happen next week. But then, there was some delay; and the deal would go through the week after that. It never did. No matter for the Spanish press, as they continued to rinse and repeat the story. This is how my summer went.

Then, somewhere in between Calderon telling Rafael Nadal the deal was done and FIFA president Sepp Blatter comparing Ronaldo’s situation to a slave (Yep, this is the guy who is in charge of everything) the only worthwhile piece of news came to my attention. Fergie went on his rant about how he would never ‘sell that mob a virus’.

That was all I needed to know, nothing else mattered. I knew from that point on, Ronaldo was staying. I hardly gave another ‘ Ronaldo to Madrid breaking news report’ my attention again, no matter how intense the rumors, or how foolish I was dubbed by others.

Fast-forward to this summer. More of the same stories. Funny how they all originated from Madrid. Again, I paid little attention to the Spanish press as they had lost all validity in my eyes. I figured it was going to be another summer of ‘will he, won’t he?’ malarkey. However, I was always waiting for either David Gill or Sir Alex to come out and deny these new claims as they had done the previous summer. This never happened. I should have known this was a sign, as the news became official yesterday morning. Goodbye Cristiano, and thanks for the memories. 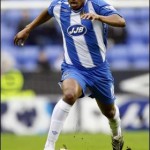 Now, we need to figure out who to spend it on. There is no player in the world who can replace Ronaldo, so there will have to be at least two signings. Frank Ribery remains the first choice of many, although he has stated he has no desire to come to England, so I don’t think that will happen. Instead I fancy United to move in for Wigan’s Antonio Valencia. Fergie is a known admirer of the Ecuadorian winger, who has proven he can keep up with the pace of the Premier League and will cost a fraction of what Ribery would have. His arrival will also almost certainly spell the end of Nani’s time with the club.

The second signing is a little bit more tricky. First, we need to wait to see what Carlos Tevez decides to do. If he stays, the club will probably go after another midfielder, but if he goes, we’ll need another striker. There are numerous candidates to fill this void, with Aguero, Villa and David Silva among those reported to be likely targets. Then again, how much can we really read into these ‘reports’? It’s impossible to tell who might be linked with the club before knowing what Tevez and his shifty agent decide to do. 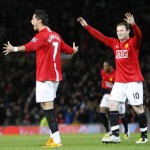 However, no matter where Tevez ends up, I think Ronaldo’s departure will signal the end of Rooney playing out on the left. Next season he will come back into a more central role. This is his best/preferred position and it will make up for some of the goals we will have lost without Ronaldo.

I think this switch could have the potential to be like a new signing as United fans haven’t seen Rooney play in his preferred position for quite some time. His grit and determination down the left flank showed us what an unselfish player he is and these performances will not be forgotten by United fans.

However, we all will be glad to see him back where he belongs, in the thick of the action. He does it for England, and he’s been in devastating form recently. Look for him to recapture his goal-scoring ability for his club next season.

Now, back to Ronaldo. We all knew it was going to happen. I just didn’t think it would happen this early. I’m very disappointed, but at the same time, if a player doesn’t want to play for the team, than letting him go is the right thing to do. And if it’s any consolation, Fergie has a great record of letting players go at the right time. Beckham, Heinze, Van Nistlerooy, etc failed to match their performances after they moved on. This is not to mention the players Fergie dropped as the youth academy class of ‘94 took over (Beckham, Scholes, Butt, etc).

Ronaldo still has a long way to go in his career, but the odds are stacked against him. Although Fergie has been prone to mistakes in the transfer window, his record is flawless when it comes to letting them go.

No player is bigger than the club and as a firm supporter of Manchester United, I hope this record stays intact.