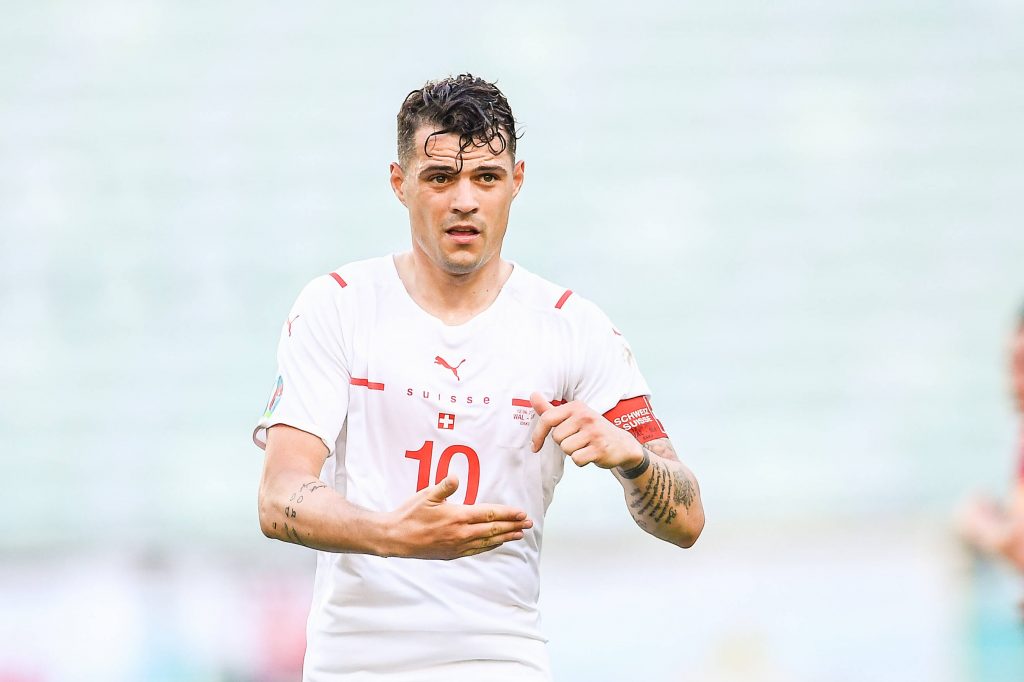 The Giallorossi have been in regular contact with the Gunners to sign the Swiss, who has emerged as one of Jose Mourinho’s top transfer targets.

Their opening bid of around €15 million was turned down last month. They have now made an improved offer of €18m for the former Gunners captain.

The proposal is still below the Gunners’ reported €20m price tag, but it is claimed that the Giallorossi are on the cusp of finalising the transfer.

Xhaka could cut short his holiday to join the Italian outfit. He has already agreed personal terms over a four-year contract worth €5m per season.

Xhaka was heavily linked with an exit in January 2020 when he was the subject of interest from Bundesliga side Hertha Berlin.

However, manager Mikel Arteta convinced him to stay. The 28-year-old has since impressed with his displays in the centre of the park.

Despite this, there has been a mixed response from the fans due to his occasional ill-discipline and errors committed on the field.

With two years left on his contract, the Gunners appear open to parting ways with the hierarchy planning to land two central midfielders.

Albert Sambi Lokonga is expected to join by next week after his mandatory quarantine, and they are eyeing another experienced signing.

Wolverhampton Wanderers’ Ruben Neves have emerged as an option. The Gunners are in regular contact with his agent Jorge Mendes.

While the Gunners appear prepared to spend big this summer, they may need to recoup part of the funds from player sales in the coming weeks.

Aside from Xhaka, there could be more departures. Hector Bellerin, Eddie Nketiah and Ainsley Maitland-Niles are among those who could leave.