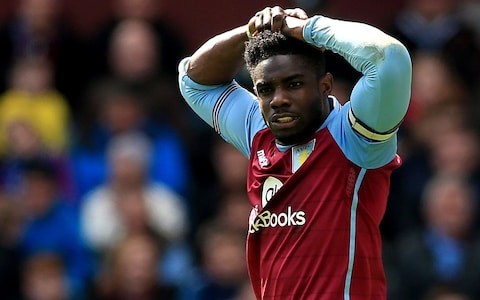 According to Gregg Evans of Birmingham Live, Micah Richards is ‘expected to leave’ Aston Villa when his contract expires in July. The 30-year-old hasn’t made an appearance for the Midlands outfit since October 2016 as a result of a long-standing issue with his knee. Richards’ inability to play football could see him announce his retirement this summer too.

The defender, who can operate at right-back and centre-back, made 31 appearances in all competitions since joining from Manchester City in 2015. He was a regular in his debut season as the Midlands outfit suffered relegation to the Championship, but he managed only three appearances in the three seasons that followed.

In October 2018, there was a glimmer of hope that Richards could return, but he failed to make the matchday squad in any game as he couldn’t shake off a knee meniscus problem. The former England international will officially be a free agent after June 30 and it’s unlikely Richards will seek a new club ahead of the 2019/20 campaign.