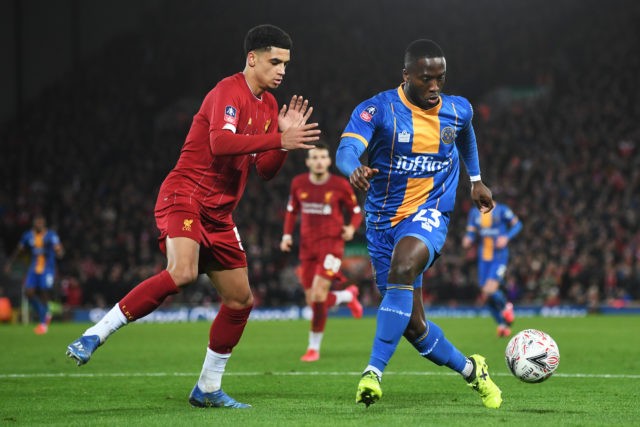 According to reports from the Daily Mail, the Premier League outfit are looking to sign the 18-year-old defender from the Champions for a fee of £10million.

The Dutch youth international is a highly-rated young talent and has appeared four times for Jurgen Klopp’s senior side in cup games.

He became Liverpool’s youngest-ever player in the FA Cup when he made his debut at the age of 16 against Wolves couple of seasons ago.

The Dutchman made his debut at Wolves in the FA Cup a couple of seasons ago. A right-sided defender who can play wing back or centre half. Looks to be very good business that.

The report claims that he signed a new long-term contract last summer, and it was thought that he could head out on loan this season.

However, the young defender is now set to join Wolves on a permanent deal after terms were agreed between the clubs. He will come as a replacement for Matt Doherty who joined Tottenham Hotspur this summer.

Been told that the price would be higher than £10m including add-ons.

However, it seems the Bhoys have cooled their interest in him following the arrival of Shane Duffy from Brighton. In any case, the player is on the verge of joining Wolves.

Liverpool, meanwhile, are close to securing the signature of Thiago Alcantara, who has already arrived in Melwood training ground to undergo his medical.