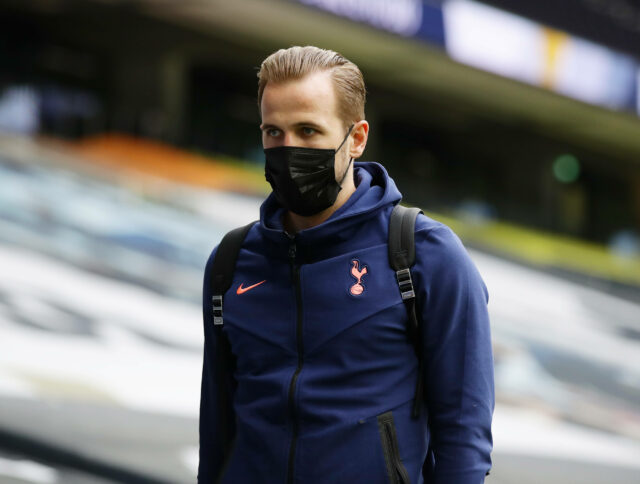 Tottenham Hotspur will not accept any offers for their star striker Harry Kane, according to Evening Standard.

Kane’s future has been speculated widely in the media, with the player himself stating his desire to win silverware.

There are suggestions that if Spurs fail to secure a top-four finish this term, Kane would look to leave the club.

The Athletic journalist, David Ornstein, claimed that Spurs chairman Daniel Levy will not sell him to a rival club and that he would demand a massive transfer fee for him.

The two Manchester clubs are strongly linked with a move for the Spurs striker, but doubts remain about whether they can lure him away from the north London club.

Kane has a contract until 2024 and Spurs are in no hurry to sell him.

The report from the Evening Standard claims that Spurs will not entertain any offers for Kane. He is happy at Spurs and has suggested that he is not running out of time to win silverware.

Kane has been outstanding this season for Spurs, bagging 26 goals in all competitions and provided 16 assists.

Spurs fans adore Kane, and they will be very excited about the news. It seems Levy has no plans to sell him this summer.