The 19-year-old agreed terms with the Hoops on Thursday and is set to feature for manager Neil Lennon’s side next season.

However, Turnbull was close to joining Norwich as the English side offered him more wages, but a piece of timely advice from the Champions League winner changed his mind.

The teenage sensation and Robertson share the same agent, and was most likely told to move to Celtic if he wants regular football more than Norwich can guarantee and offer.

The Scotland national team captain spent a season in the Premiership with Dundee United before leaving for Hull City in 2014, while he also played for Queens Park in the third division.

Robertson, a former schoolboy with Celtic, knows all it takes to reach the top as far as biding one’s time goes, and his advice should come very handy.

Motherwell legend James McFadden was also instrumental in convincing Turnbull to choose the Scottish giants ahead of the Canaries, and the SFWA Young Player of the Year will now look to impress next season.

He ended last season with 15 league goals in 30 appearances, and Lennon believes such input in the final third from midfield can help improve his side as they look to secure a fourth domestic treble and reach the group stages of the Champions League.

Celtic are hoping to improve their attack before the transfer window closes on Tuesday. According to the Daily Record, Benfica winger Filipe Jota could be on his way to Parkhead, and a… 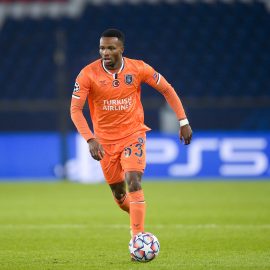 Bolingoli has uncertain future at Celtic