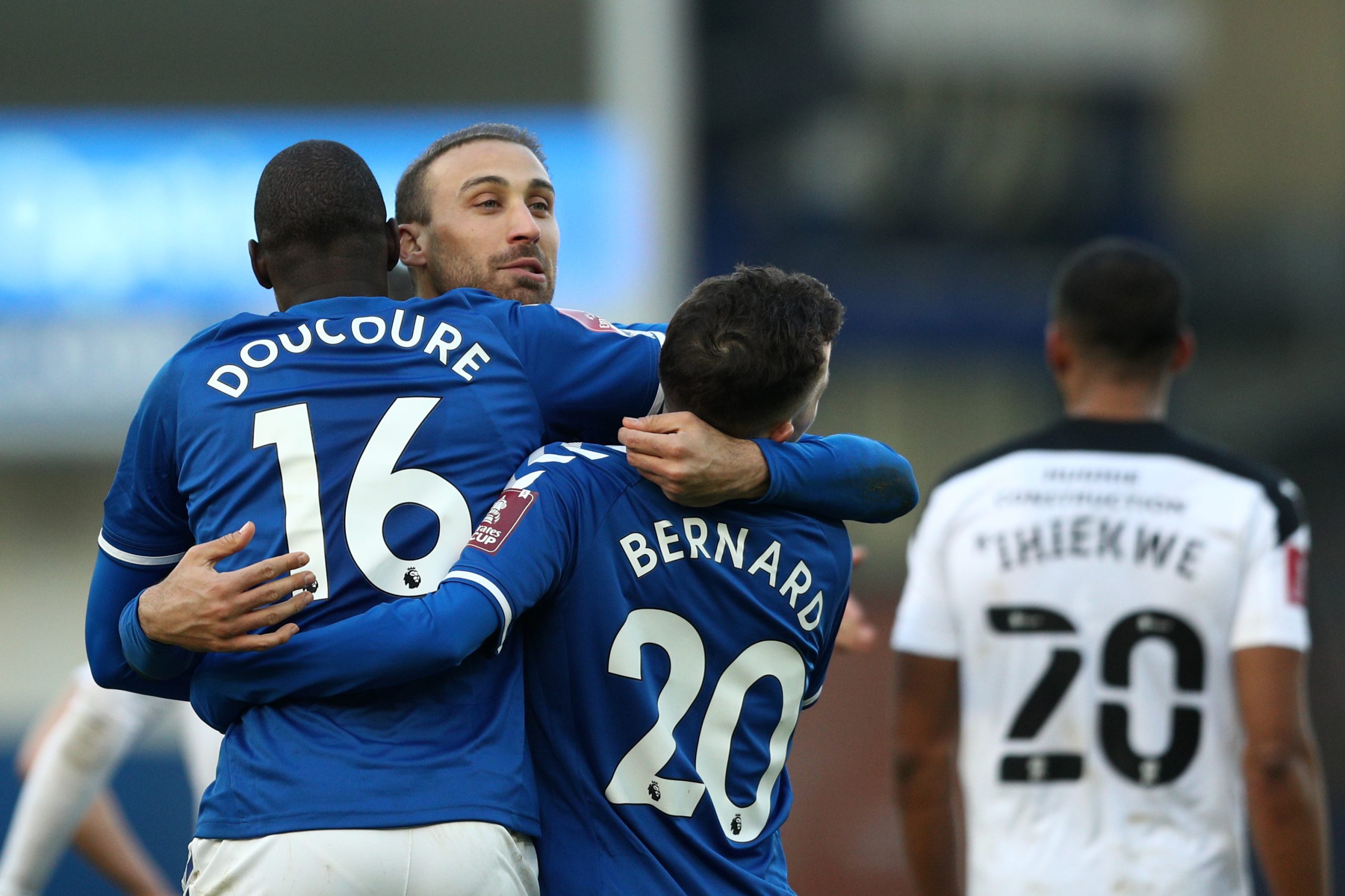 Everton striker Cenk Tosun wants to leave Goodison Park before the end of this month to return to Turkish Super Lig leaders Besiktas.

The 29-year-old is struggling to break into manager Carlo Ancelotti’s first-team plans, with all of his four Premier League appearances in 2020-21 coming off the bench.

Tosun spent the second half of last term on loan at Crystal Palace and is behind Dominic Calvert-Lewin in the pecking order at Everton.

He wasn’t even trusted to start or feature in the 2-1 win over Wolverhampton Wanderers when the England international was out due to an injury.

Ancelotti opted for a front-line consisting of midfield duo Gylfi Sigurdsson and James Rodriguez, and the Turkey international says that he is more than willing to leave the Toffees right now.

Cenk Tosun to NTV Spor in Turkey: “If Everton and Beşiktaş agree, I am ready to wear the black and white jersey again. I would like to contribute to Beşiktaş until the end of the season. If Everton approves the transfer, it will not be a problem for me.”

Besiktas are currently top of the Super Lig after 20 games, but they could do with quality additions midway through the campaign with just five points between them and third-placed Galatasaray.

With Champions League football almost guaranteed next term, Tosun is keen to return to his former club and help with their title challenge.

Whether Everton are open to letting him leave with just a few days to the end of the transfer window remains to be seen, though, but the £60,000-a-week striker would be happy to depart in order to start playing regularly ahead of the summer’s European Championships.

West Bromwich Albion also want Tosun, with manager Sam Allardyce eyeing a reunion as he looks to guide his side to safety, and it will be interesting to see whether he will be allowed to leave Goodison Park in the coming days.