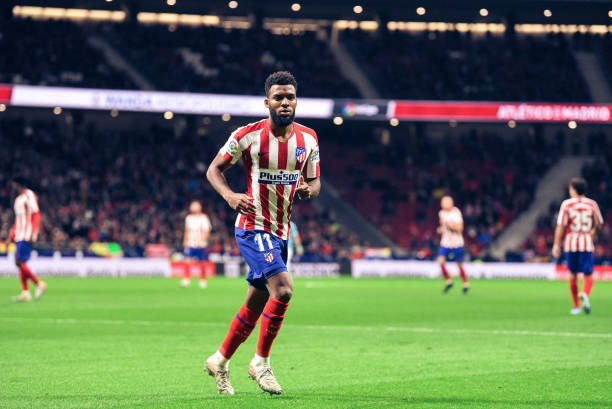 According to le10sport, Everton are interested in bringing Atletico Madrid attacking midfielder Thomas Lemar to Goodison Park this summer.

The Toffees want more quality signings as they look to break into the top-six next term, and manager Carlo Ancelotti is keen on the France international.

Lemar cost Atletico £63 million in the summer of 2018 but has struggled to make an impact, and the Spanish side could be ready to cut their losses in the coming weeks.

The former AS Monaco star has scored just four goals in 72 games for Diego Simeone’s side since his arrival, but he scored 22 goals in 127 games for the Ligue 1 side, helping them to the title in 2016-17 and catching the attention of Europe’s bigwigs as a result.

A change of scenery could help the World Cup winner regain his form, and Ancelotti’s Everton could help provide that.

Everton could do with his talents, and he can end up fulfilling his potential on Merseyside.

He is a versatile midfielder capable of playing on both wings as well as through the centre and in a free role.

While he is predominantly left footed, the Frenchman is also competent with his right foot, and his excellent dribbling skills, strong passing ability and free kicks will come handy at Goodison.