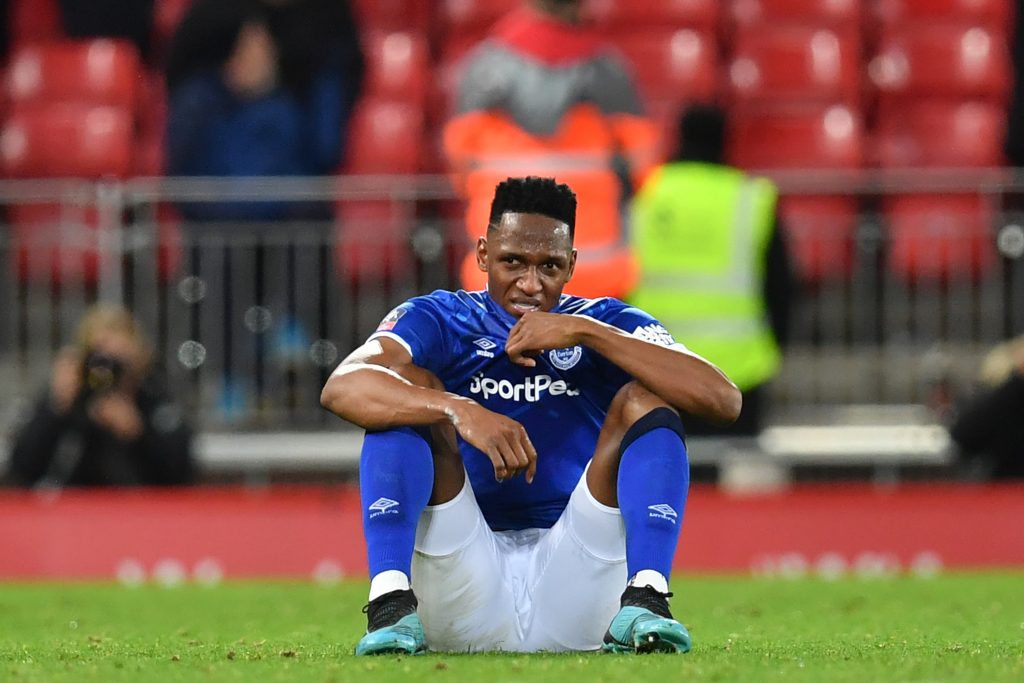 Everton resume Premier League action on June 21 with the Merseyside derby, and have been dealt a massive injury blow with Colombian centre-back Yerry Mina set to miss the clash against Liverpool.

The defender tore a thigh muscle in training last Friday and is said to be facing several weeks out, leaving Mason Holgate and Michael Keane as the only fit centre-back options.

However, in what is potentially good news, sources close to Mina have told The Athletic that they believe he could return to action before the end of June.

Everton travel to Norwich City three days after hosting the Reds and will host Leicester City on July 1, and having the 25-year-old back for those games will be a massive boost.

Mina has been a key player for the Everton this term, playing 25 league games so far and helping with two goals and an assist.

Carlo Ancelotti’s side are currently 12th in the league table having picked up 37 points from 29 games, and they will hope to secure a Europa League spot at the end of the nine games, with only seven points between them and Sheffield United.

The Toffees face Tottenham Hotspur, Wolverhampton Wanderers and Sheffield United on the road, with games against Southampton, Aston Villa and Bournemouth taking place in an empty Goodison Park.