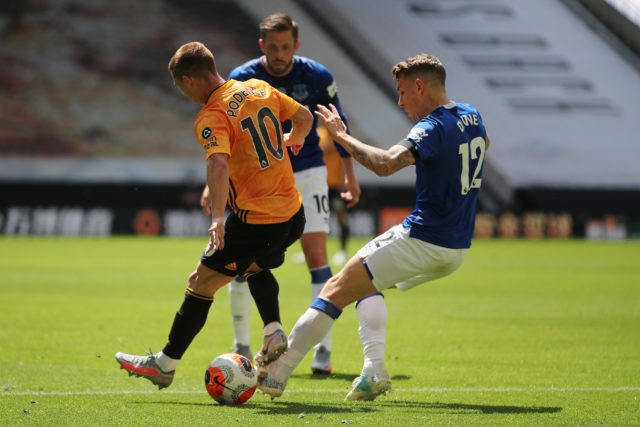 Reliable journalist Alan Nixon of The Sun was asked on social networking site Twitter about whether Celtic have any chance of signing Daniel Podence this summer on loan from Wolves.

He replied that Podence is a ‘good player’, but feels Wolves will need him and use him.

Right good player. But surely Wolves will need him and use him. https://t.co/ibAXAOBLa3

The 24-year-old winger joined Wolves during the January transfer window from Olympiacos for a reported transfer fee of £17m.

According to reports from The Mirror, he is attracting interests from several clubs, with Glasgow giants Celtic having enquired about taking the winger on loan next season.

The report claims that Nuno’s plans for him are unknown as he has barely featured for Wolves. The Portuguese winger, however, started against Everton in the 3-0 win for Wolves on Sunday at the Molineux.

Celtic are already in the process of bolstering their squad for the next season as they aim to win their tenth SPL title in a row.

The Hoops have already confirmed that Mohamed Elyounoussi has extended his loan for another year, and it remains to be seen whether they would be genuinely interested in signing Podence.

While there is no harm in bolstering the attacking options, Celtic’s immediate attention should be to add depth and quality in defence and most importantly sign a new goalkeeper.