Report: Celtic are a little disappointed with Karamoko Dembele’s situation 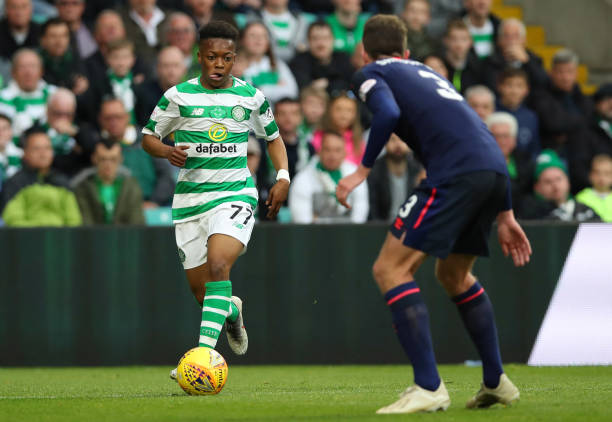 According to The Athletic’s Kieran Devlin, many people at Celtic are a little disappointed with the situation of academy graduate Karamoko Dembele at the club.

The 17-year-old made his debut for the Hoops under-20 aged 13 and has featured for both Scotland and England at youth level.

Dembele has made four appearances for Celtic senior team, making his debut in May 2019.

The teenager winger became the youngest player to feature for a Scottish side in Europe when he came on a substitute in Celtic’s 2-0 defeat away against CFR Cluj in December 2019, and has been widely tipped for the top given his huge talents and potential.

However, there have been concerns about his physical development and Celtic are said to be worried over his application and attitude.

It is why Dembele is not part of the Hoops first-team picture at the moment even though he was originally planned to be more involved this season.

Celtic had hoped he might become James Forrest’s understudy on the right-wing, but he is currently not in manager Neil Lennon’s plans, and hasn’t done enough to be seen as a solution to the side’s struggles thus far in 2020-21.

Celtic have found themselves 13 points behind Rangers in the Scottish Premiership table with two games in hand, and their chances of securing the historic ten-in-a-row are under huge threat.

They are also out of Europe following a dismal Europa League campaign that saw them lose four games out of their opening five group games.

Lennon is under a lot of pressure at the moment, and he will hope to remain in charge when the winter transfer window opens in January.

The Hoops will look to bring in some quality players in order to get their title challenge back on track, and there isn’t much focus on Dembele’s chances of playing more first-team football right now given how slow his development has gone in recent.

At 17, not much should be expected of a kid who still has a lot of growing up to do, and it will be interesting to see how things turn out for him going forward as he is clearly a player to watch out for.