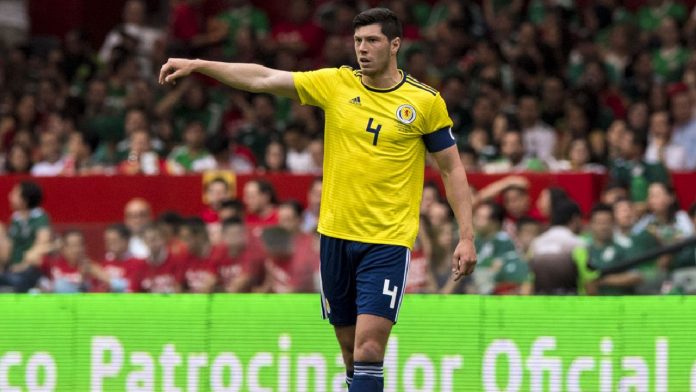 According to reports from the Daily Record, Championship outfit AstonVilla are still interested in signing Scotland international Scott McKenna.

The 22-year-old was a reported targeted of Villa last summer, with Steve Bruce, the former Villa boss, desperate to land him. However, Villa couldn’t reach an agreement for his signature.

At that time, Aberdeen were demanding £10 million for McKenna, which made him too expensive for Villa. However, his price tag may have dropped and Villa have a renewed hope of landing him.

Dean Smith’s side could face strong competition from Premier League club Wolves and Scottish Premiership champions Celtic, with both reportedly looking to sign him.

Back in November, The Daily Mail reported that Celtic manager Brendan Rodgers will revive his interest in the Dons defender after missing out on him during the summer.

Aberdeen manager Derek McInnes has revealed that there have been enquiries about the youngster, and he thinks it will be difficult for the club to keep hold of their star player for a long time.

Villa have already signed Kortney Hause from Wolves, and it looks unlikely that they would move for another defender in January.