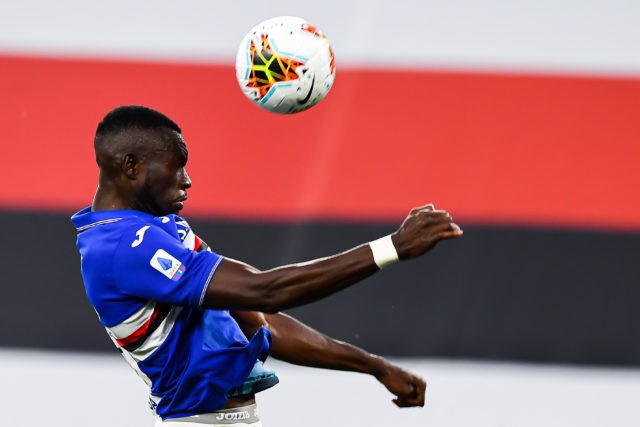 A host of Premier League clubs including West Ham and Southampton have already registered their interest in the defender. It seems Villa have joined the race to secure his signature as well.

According to reports from Il Secolo XIX, the 27-year-old defender could be on his way out of Sampdoria this summer, although he featured regularly for the Italian club last season.

Last week, reports emerged that the 27-year-old would fancy a move to London. He is reportedly one of David Moyes’ transfer priorities this summer.

The defender is also attracting interest from Scottish champions Celtic.

According to reports from The Mirror (transfer live blog, 20:10), the Glasgow giants are also interested in signing the defender.

Celtic boss Neil Lennon is looking to bolster his defence this summer. The Bhoys have been linked with a host of players including Shane Duffy and Bartosz Bereszyński.

The Gambian international is keen on a move away from Serie A and Celtic Park would be a very good destination for him.

Colley was in very impressive form over the previous campaign, and it seems Dean Smith is keen to bring him to Villa Park this summer.

Villa, who narrowly avoided relegation last season, conceded a lot of goals, and Smith is desperate to bolster the defence. He would be a very good signing for the Villans.