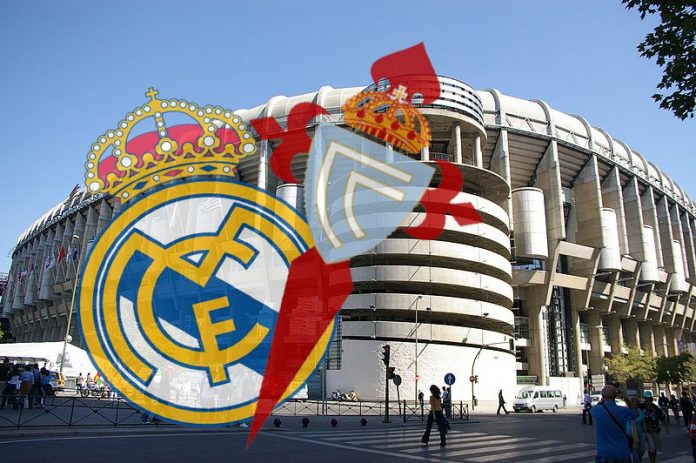 Real Madrid are just one more win away from equaling the all-time longest winning streak by a Spanish club in history (Barcelona, 18). They won’t accomplish that without a challenge though as they face Celta Vigo at home in the 14th round of this season’s La Liga. It is important to remember that Celta Vigo this season have gone unbeaten vs Atletico Madrid, Barcelona, and Athletic Bilbao all away from home. In fact, they actually defeated Barcelona at the Camp Nou 1-0, the positives may end there however as that win vs the Catalan club was Celta Vigo’s last win in all competitions. Over a month has passed with 4 matches played yet Celta are still winless, what’s even more encouraging (for Real Madrid that is) is the fact that Celta are currently on a 3-match losing streak. From going the first 6 matches in La Liga without a defeat to not being able to score a goal in the last 3 rounds, Celta’s form has severely dropped. And to make matters worse, they are traveling to face the most on-form team in the world at the moment, at the Santiago Bernabeu. Real Madrid will also be very motivated to both keep the La Liga top spot for at least another week and to equal Barca’s record. They will however be without Isco who was (rather harshly) sent off in the last league match vs Malaga. It is expected that Sami Khedira (if he’s recovered) or most likely Illarramendi will be replacing Isco in midfield as Real Madrid eye their 11th straight La Liga win. Also in favour of the capital club is the fact that players like Cristiano, Kroos, Benzema, Bale, Carvajal, Ramos, Pepe, and Marcelo were all (finally) rested in midweek and will be fresh to face the usually tough Celta Vigo.