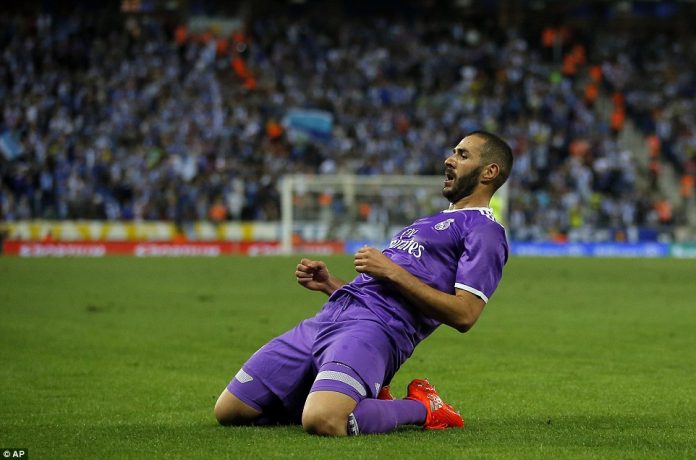 Real Madrid striker Karim Benzema has attracted a lot of criticism this season due to his dip in form.

The French international has scored 12 goals so far this season and was linked with a move away as well. It seems that Los Blancos still rate the player despite the criticism from fans and critics.

Spanish newspaper AS are reporting that Benzema’s current deal expires in 2019 and the Spanish giants are looking to extend it. Apparently, Real Madrid will offer him a two-year extension with a pay rise.

Real Madrid hope to finalise the agreement with Benzema at the end of this season. If the deal goes through, Benzema could be at Bernabeu until he is 34. The former Lyon man joined the La Liga giants in 2009 and was offered an extension in 2014 as well.

Benzema has been linked with Premier League giants like Manchester United, Arsenal and Chelsea in the past. However, the French striker managed to stick around and is currently the club’s eighth highest top scorer of all time.

AS are also reporting that Benzema’s renewal could be a problem for Morata and Mariano. Both players have had limited game time and they might have to leave if Benzema stays.

Morata joined Los Blancos at the start of this season and has averaged one goal every 117.5 minutes. Meanwhile, Benzema has a ratio of one goal per 146.3 minutes this season. The Spanish international is thought to be frustrated with the lack of first team chances under Zidane.