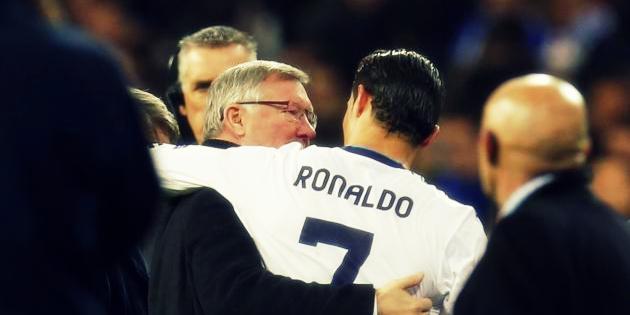 Spanish daily newspaper Sport have reported that Real Madrid are set to rival Barcelona for the signature of Brazilian superstar Neymar this summer, and are willing to splurge a new world record transfer fee of €100 million for the Santos star.

Should the Santiago Bernabeu club win the race to sign the Brazil international, the future of Cristiano Ronaldo could well be up in the air, and give Manchester United a chance to resign their former attacker. 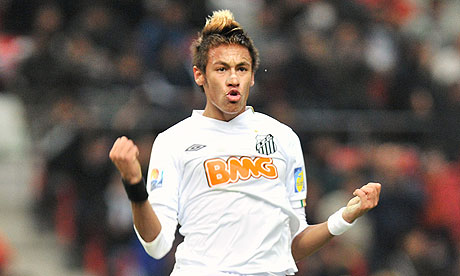 Neymar has long been speculated with a move to a top European club, and Barcelona have recently been touted as the favourites for the skilful frontman’s signature.

However, rumours in Spain state that Real Madrid want to beat their Clasico rivals to Neymar’s hand, and will send director Jose Angel Sanchez to Brazil to seal a deal this week.

Even for a club as wealthy as Real Madrid, the sale of a major player may well be necessary to fund such an ambitious swoop, with UEFA Financial Fair Play rules starting to take their toll. Ronaldo’s sale would go a long way to balancing the books, and limit the deficit in the profit and loss account of Neymar’s acquisition.

Ronaldo’s future has been unclear of late. Firstly the Portugal star claimed to be unhappy earlier in the season, and with Jose Mourinho thought to be on his way out of the Spanish capital, rumblings that Cristiano Ronaldo may follow suit have been rife.

Given Neymar’s extortionate transfer fee and reputation, CR7 could well find his mantle as main-man for Madrid taken away, which could persuade him that his future lies elsewhere.

Should Ronaldo become available there will be a handful of clubs that will look to win the race for his signature. PSG have been linked with a host of top players since their new-found wealth came to be, and they have signed the likes of Zlatan Ibrahimovic and Thiago Silva already.

Chelsea and Manchester City will be in the hunt, especially if Mourinho moves to Stamford Bridge or the Etihad Stadium. Others such as Bayern Munich may even try to stump up the required cash.

However, a return to Old Trafford seems much more likely. Ronaldo will be reluctant to move to Paris Saint-Germain given the drop in standard of Ligue 1, while a move to Chelsea or City would be a shun to Sir Alex Ferguson, whom he respects immensely.

Bayern, or anyone else for that matter, are unlikely to have the financial clout to sign him, which leaves United as frontrunners for his potential signature.

United have posted record third-quarter revenues of £91.7 million, and continue to land top commercial deals, such as the eight-year deal with Aon. It is feasible that the Premier League champions could stump up the required fee to bring Ronaldo back to England – something that the player and the Old Trafford outfit would surely relish.