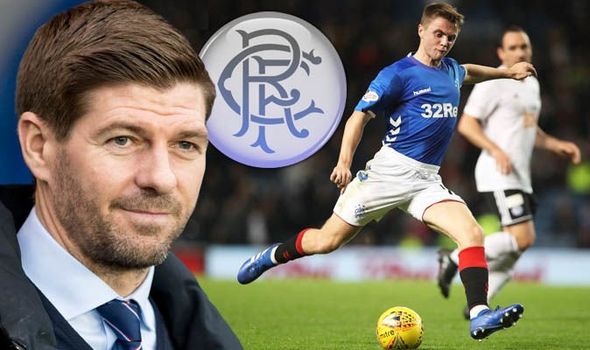 Glasgow Rangers boss Steven Gerrard has given Jordan Rossiter the green light to leave Ibrox on loan this month, according to reports from the Express.

Joey Barton’s Fleetwood Town and Dundee United have made a bid to sign the 21-year-old midfielder, who has made 16 first team appearances since signing for the Gers from Liverpool in 2016.

Rossiter has failed to make an impact since joining the club, and the report claims that Gerrard is open to listening to offers for him.

He has returned to fitness this season, but has only managed five appearances in all competitions under the Liverpool legend. With Rangers signing Steve Davis this month, it will push him even further down the pecking order.

The youngster needs regular games under his belt, and therefore, sending him out on loan makes a lot of sense.

The Daily Express claims the Canaries are leading the race for his signature after tabling a bid worth up to £400,000 for the attacking midfielder.

He has scored three goals in 14 appearances this season, and Rangers are heavily interested in signing him.