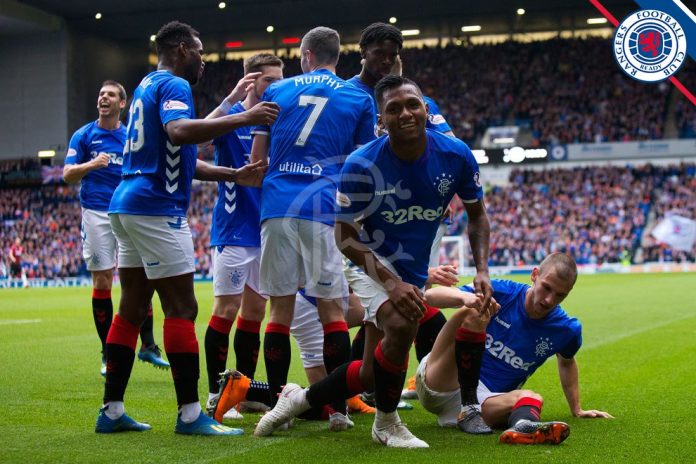 Rangers secured a 2-0 win over St. Mirren earlier today despite going down to ten men for the second week running.

Ross McCrorie got himself sent off for a poor tackle on the St Mirren striker Nicolai Brock-Madsen.

Morelos was sent off for Rangers in the last game but the striker was allowed to play after the dismissal was overturned following an appeal.

Gerrard will be keen to address the aggression in his side now. He has had two players sent off in two games and Rangers cannot afford to continue that trend if they want to have a successful season.

In terms of performance, Rangers had a comfortable outing against St. Mirren and Gerrard will be hoping for more of the same when his side travel to Slovenia for Thursday’s Europa League game against Maribor.

Here is how the Rangers fans reacted to their performance on Twitter earlier today.

Goldson is an absolute steal at £3m, what a player he is! Silly red, would have been a cricket score! Bring on Maribor! WATP ?⚪️?

Brighton legend
Sold to Rangers
With a heart like Ironman
Love @connorgoldson so pleased for the lad ??⚪️?⚪️?

Well done Bears, one day soon we’ll get to play with 11 men and see what the team can really do!

Red card aside a cracking display and much deserved 3 points ???

Great result do us a favour all rangers fans who left before the final whistle , stay !!! Remember where u have been for last few years , enjoy it now it’s coming , I’ve just noticed loads of empty seats near the end , stay and applaud , never assume !!

60 minutes with 10 men and we still shut up shop. Last year we would have crumbled and dropped points but to keep the head and win shows just how far we have came in such a small period of time #letsgo #rangers