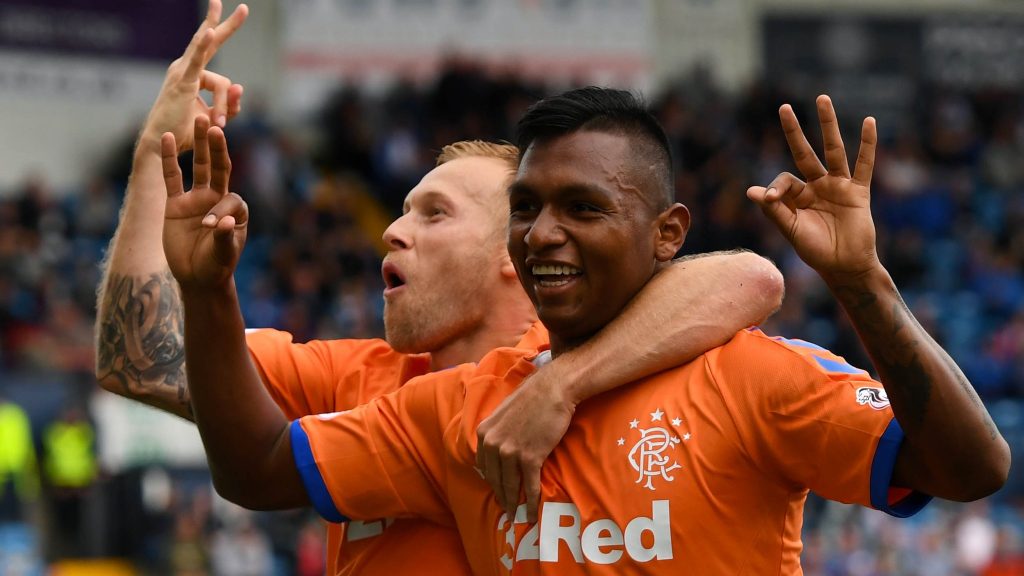 Rangers picked up a 3-1 win over Kilmarnock in the League Cup thanks to a perfect hat-trick from Alfredo Morelos.

The Colombian striker seemed unstoppable and the home side were swept aside with ease.

Morelos scored twice in the first half and added a third on the 73rd minute to secure the win for his side. Borna Barisic’s own goal gave the hosts some hope but Rangers managed to hold on.

The Scottish outfit turned down a bid for Morelos last week and the fans will be delighted to see that he is still at the club. The 22-year-old has been in red-hot form so far this season and he could prove to be the game changer for Gerrard this season.

Rangers continue their impressive unbeaten run under Steven Gerrard with another win and the fans seem delighted with the progress. They are now without a defeat in nine games.

The win takes the Scottish giants into the last eight of the competition and they are just one match away from a sixth successive domestic semi-final.

Rangers lost Jamie Murphy to an injury 15 minutes into the game and that was the only negative for the away side today. Gerrard will be hoping to get the winger back on the pitch as soon as possible.

Here is how the Rangers fans reacted to Alfredo Morelos’s display on Twitter.

Morelos’ body language at FT; full of smiles, straight to the fans and desperate to grab the match ball – what a difference in a matter of months. Keep this boy happy and he will keep banging them in!

Hopefully get morelos tied down on an enhanced contract and scare anyone off him ,

Job done, decent performance..especially Morelos ? but that pitch is shocking..roll on Thursday!!

I wish El Bufalo would play like that every match ??

Nah this man is qualityyyyyy??

El Buffalo oooh he will get us 55?⚪️? pic.twitter.com/DUB6WZIplQ