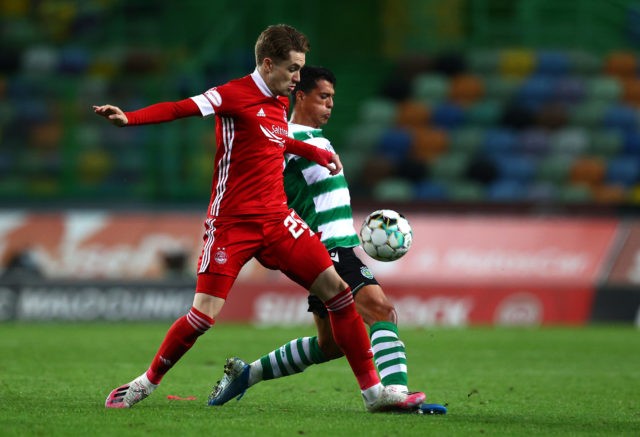 Glasgow Rangers confirmed yesterday that Scott Wright has penned a pre-contract agreement with the Ibrox outfit.

Gers’ boss Steven Gerrard claimed earlier this month that a pre-contract agreement with the player was very close. He also said that it would be great if the club could sign the 23-year-old attacker.

On Monday, the Ibrox outfit announced on their official website that Wright had agreed a pre-contract deal with them.

He will join the Gers once his Aberdeen contract expires this summer, but many Rangers fans feel that the club should try to sign him this month instead.

Get him in now. Worked with Defoe, Davis and Kamala. Give him tome to bed in. Can’t wait to see what he can do in the 🔴⚪️🔵

Get him and Lundstram in this window please. Thank you.

Great signing, pacy tricky winger. Hopefully get him in this month & get a few out.

Great wee player, with a lot of potential. Hope he dosent end up another bench warmer.

Outstanding 👏🏼 thanks Aberdeen…we’ll take it from here

Wright will be a good addition for Rangers.

He is a versatile winger who will add depth and quality to the side. He can play across the front three or in a deeper midfield role.

His arrival at the club could see the likes of George Edmundson, Jordan Jones and Greg Stewart being offloaded.

Rangers are leading the SPL table by 23 points from Celtic, although the Bhoys have three games in hand. Even if they win those three games, Celtic would still be 14 points behind the Gers.