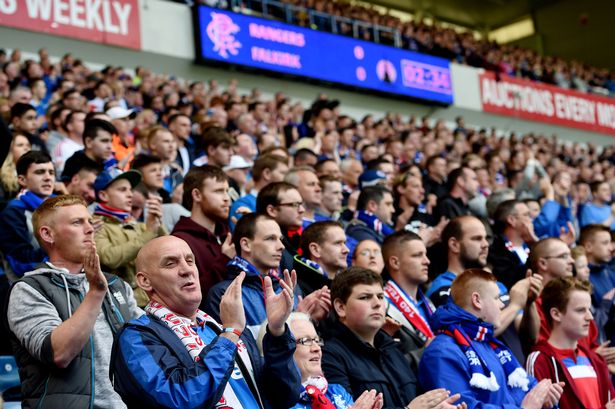 Club 1872, a very influential fans group for Scottish side Rangers, have released a statement confirming that they will explore the possibility of the installation of a safe standing section at the Ibrox stadium.

The supporters club are the second largest shareholders at Rangers, and they have given their assurance to work closely with other fan groups like The Blue Order and the Union Bears by issuing a lengthy and comprehensive announcement.

“A feasibility study has already been completed by Rangers and is being examined by them. The next step will be to collect indicative quotes for the installation of safe standing in various potential areas within Ibrox,” read their statement.

“We plan to work closely with both the Union Bears and the club in the coming months to ensure that any progress is communicated to all stakeholders during the evaluation process.

”While keen to remember the Ibrox disaster, which led to 66 deaths, Club 1872 would like to explore any ideas which can improve “the match day experience where possible”

“It is important to note that there is a programme of rolling improvements to Ibrox which we understand must be Rangers’ priority,” it continued.

“However, all parties are keen to accelerate improvements to the match day experience where possible.

“We are particularly keen to assist the Union Bears, The Blue Order and those RSCs who have expressed support for safe standing in helping to ensure a loud, intimidating and positive atmosphere at our home matches.”

Rivals Celtic have already installed ‘rail seating’ at Celtic Park which has been relatively successful. Club 1872 however want to take every minute detail into account before going ahead with the plan. The group mentioned the tragic Ibrox disaster of 1971 where 66 fans lost their lives and 200 others were injured during an Old Firm match.

They also cited the needs of disabled fans who have been long term season ticket holders at Ibrox and how safe standing might impact their match day experience.

“We understand the positivity around creating some capacity for safe standing within Ibrox and the potential benefits that could bring to the match day atmosphere, but it is important that we acknowledge the interests of all supporters.

“We have to be mindful, for example, of the needs of disabled supporters and those who have held season tickets for many years in areas of the stadium where safe standing might be installed.

“We must also be aware of the memory of the Ibrox disaster and how that memory could impact any move away from an all seated stadium at Ibrox.

“That said, we do understand the positive case that can be put forward for safe standing and it is something we wish to explore and present to members.”