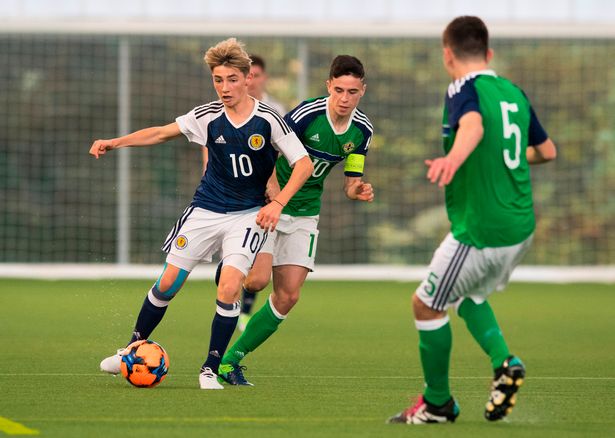 Glasgow Rangers youngster, Billy Gilmour, could leave the Scottish club in the summer. Premier League giants Chelsea are interested in signing him.

Stewart Robertson, the Rangers managing director, has told The Scottish Sun that Gilmour has a key decision to make in the summer.

The 15-year-old is one of the brightest young talents emerging out of the Rangers academy this season, and has featured for his club and country at various youth levels.

Premier League giants, Chelsea, are looking to lure the young midfielder to Stamford Bridge in a deal thought to be around £500,000.

With the deal seemingly edging closer, Robertson says that the young midfielder is at the key stage of his career, and the club would love to keep him. However, Rangers may well be fighting a lost battle.

“Billy has got a decision to make, really,” said Robertson.

“It’s a key stage of his career, we would love him to stay but we will see what happens.

“From a club’s perspective we want to keep our best players and that’s the key thing for us – that we do the best thing we can to try and retain his services.”

Rangers have nurtured Gilmour into an exciting prospect, and naturally are keen to keep him at Ibrox. Also, a move to Chelsea may not benefit the youngster at all.

In recent years, we have seen so many young talents being lost since moving to the Bridge, with Chelsea failing to integrate them properly into the senior team. The last thing Gilmour needs is to get trapped in the vicious loan cycle at Chelsea.