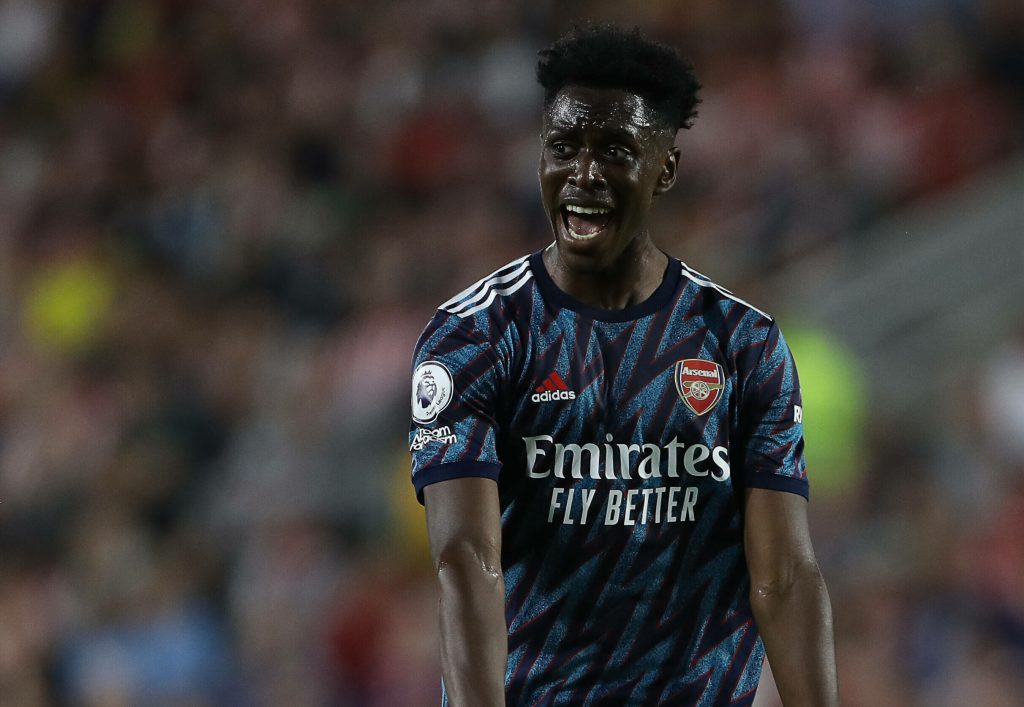 Arsenal make the trip to the Etihad Stadium for Saturday’s Premier League clash against Manchester City.

The Gunners have not registered a point after their opening two games of the new league campaign.

They secured a resounding 6-0 win over West Bromwich Albion in the second round of the Carabao Cup in midweek.

The result was expected against a weakened Baggies outfit, but it should give them confidence for the City clash.

The Gunners have failed to pick up a single point in the last eight league meetings against the reigning English champions.

However, they beat them in the FA Cup semi-final last year, with Pierre-Emerick Aubameyang bagging a brace.

The club captain scored a sublime hat-trick on Wednesday. He needs to be at his best for the Gunners to avoid another loss.

Aaron Ramsdale had a solid debut in goal against the Baggies with four saves, but he is likely to drop to the bench.

Bernd Leno remains the first-choice goalkeeper for the league games and had a solid outing against Chelsea last weekend.

Mikel Arteta may want more defensive assurance. A back three could be an option to curb the attacking threat from City.

Ben White is unavailable due to COVID-19, while Gabriel was in action for the Under 23s after returning from a knee injury.

Considering this, Rob Holding, Pablo Mari and Kieran Tierney could make up the central defence for the north Londoners.

With Hector Bellerin likely to leave the club, Calum Chambers appears the most likely candidate for the right wing-back position.

Bukayo Saka could feature on the opposite flank. He looked short of full fitness against Chelsea, where he was slow in tracking back.

However, the club graduate looked in a much better shape in midweek and should be up for the challenge from the left wing-back role.

Granit Xhaka is an automatic choice for one of the midfield slots. Albert Sambi Lokonga could get the nod over Mohamed Elneny to partner him.

Lokonga impressed against the Blues with his long-range distribution. He recently earned a call-up to the Belgian national team for his recent progress.

Emile Smith Rowe and Martin Odegaard appear the likely duo to feature in the attacking midfield roles. The pair’s link-up play could be key to picking up a positive result.

There are no doubts over Aubameyang leading the line. The Gabon star bagged his third Gunners hat-trick in midweek and should be full of confidence.