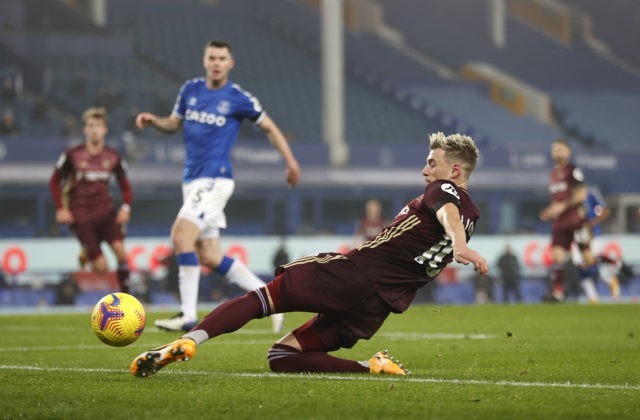 Leeds United will travel to Stamford Bridge to face Chelsea on Saturday evening, and you can watch this and other Premier League games live online.

Leeds returned to winning ways last weekend by defeating Everton 1-0 at Goodison Park. They are up against Chelsea next who are in terrific form at the moment, having remained undefeated in their last 15 games in all competitions.

Marcelo Bielsa’s side have shown this season that they are capable of giving a tough fight against quality opposition, and that’s why the fixture promises to be a cracker.

This is the team we expect the Argentine to select against Leeds:

Goalkeeper: Illan Meslier – who kept a clean sheet in the last match – is set to keep his place in goal.

Defence: Bielsa confirmed in the press conference yesterday that Diego Llorente has recovered fully from the groin injury he picked up in October. However, the Spaniard won’t be rushed in, which means the summer signing will have to wait for his Leeds debut.

Liam Cooper and Robin Koch are likely to continue in central defence, while Luke Ayling and Stuart Dallas are set to operate on the right and left-back positions respectively.

Midfield: It is no coincidence that Leeds’ improvement in form has coincided with the return of Kalvin Phillips in midfield. The England international is an obvious starter alongside Mateusz Klich.

Raphina has impressed heavily in the last few games and he is likely to retain his place. There could be a temptation to start with Ezgjan Alioski on the left-flank after his recent impressive performances, but Bielsa is likely to continue with Jack Harrison who is equally capable of putting in defensive shifts.

Forward: It remains to be seen whether Bielsa keeps the same side that won against the Toffees or takes the game to Chelsea by bringing summer signing Rodrigo into the mix to operate behind Patrick Bamford. In that case, Alioski, 28, could make way for the Spaniard.