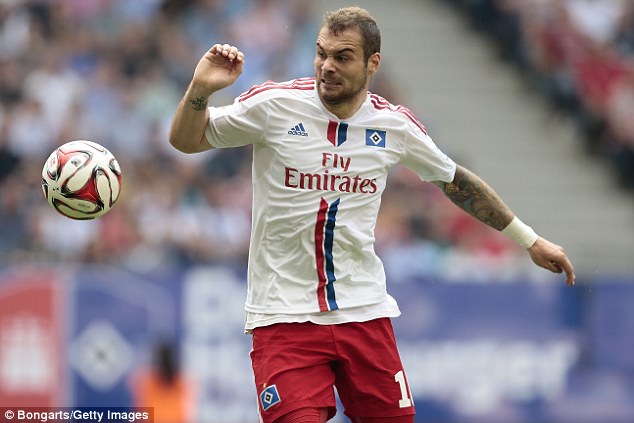 Bundesliga forward Pierre-Michel Lasogga is closing in on a transfer to Leeds United this summer.

According to German outlet Die Welt, the player was in England during the weekend. The Hamburg forward watched Leeds United battle it out against Preston North End at Elland Road.

The forward was spotted at a hotel in Leeds later as well.

As per the reports from Germany, Hamburg are looking to get rid of Lasogga this summer and he could be heading to Leeds on loan. Leeds have insisted on an option to sign the player permanently next summer.

Lasogga is not a part of Hamburg’s plans and the German outfit want to get the player’s wages off their books as well.

He could be a clever addition to Leeds this season. The 25-year-old has struggled to establish himself as a key player for Hamburg ever since he joined them in 2013. The German forward has scored just 30 goals for Hamburg in over 100 appearances.

Die Welt claims that Hamburg are keen on the transfer and the deal should be completed soon.