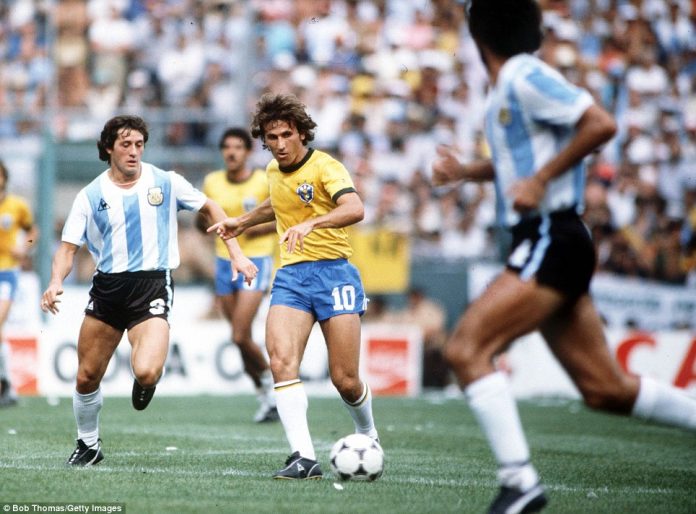 On this day in 1945, Brazil beat Argentina 6-2 in the Roca Cup to record their biggest win over their South American rivals.

The Roca Cup was the idea of former Argentina president, General Julio Argentino Roca, and was contested between the two countries at irregular intervals between 1914 and 1976. Brazil won the first two tournaments before Argentina got hold of the trophy in 1923.

Coming back to the 1940s, Argentina were the reigning champions after beating Brazil 5-1 and 6-1 in a three legged tie, all played in Buenos Aires. The 1945 tournament saw the Brazilians entertain Argentina in Sao Paulo and Rio de Janeiro, the latter hosting two games. The Argentineans won the first match 4-3 in Sao Paulo.

The Brazilians could not afford a loss in Rio. Argentina took the lead in the 31st minute thanks to a goal from River Plate’s iconic forward Adolfo Pedernera but Ademir Menezes and Leonidas da Silva scored in quick succession for the hosts to take a 2-1 lead into half-time. The lead did not last long as Rinaldo Martino equalised immediately after the restart. However, Brazil showed a late resurgence in the game and goals from Zizinho, Chico, Heleno de Freitas and a second from Menezes made it 6-2.

This still remains Brazil’s record victory over Argentina. They won the third game 3-1 and lifted the Roca cup for the first time since 1922.