Everton striker Moise Kean has joined Paris Saint-Germain on loan for the rest of 2020-21 after struggling to make an impact since arriving from Juventus last summer.

The 20-year-old has played 37 times for the Toffees, but only nine of those were starts, and has scored just four goals.

Kean bagged a goal each in the League Cup ties against Salford City and Fleetwood Town last month, but only played 13 minutes of Premier League football after coming off the bench in Everton’s Premier League victories over Tottenham Hotspur and West Bromwich Albion last month.

With the European Championships approaching, though, the Italy international can’t afford to play a bit-part role at Goodison Park, and he will be hoping to play more at Parc des Princes.

PSG needed a striker following the departure of Eric Maxim Choupo-Moting, and it will be interesting to see how Kean fares with the French giants.

Brazilian superstar Neymar appears to approve of the move, taking to Instagram to like the official post welcoming the Everton man to France, while Richarlison commented thus: 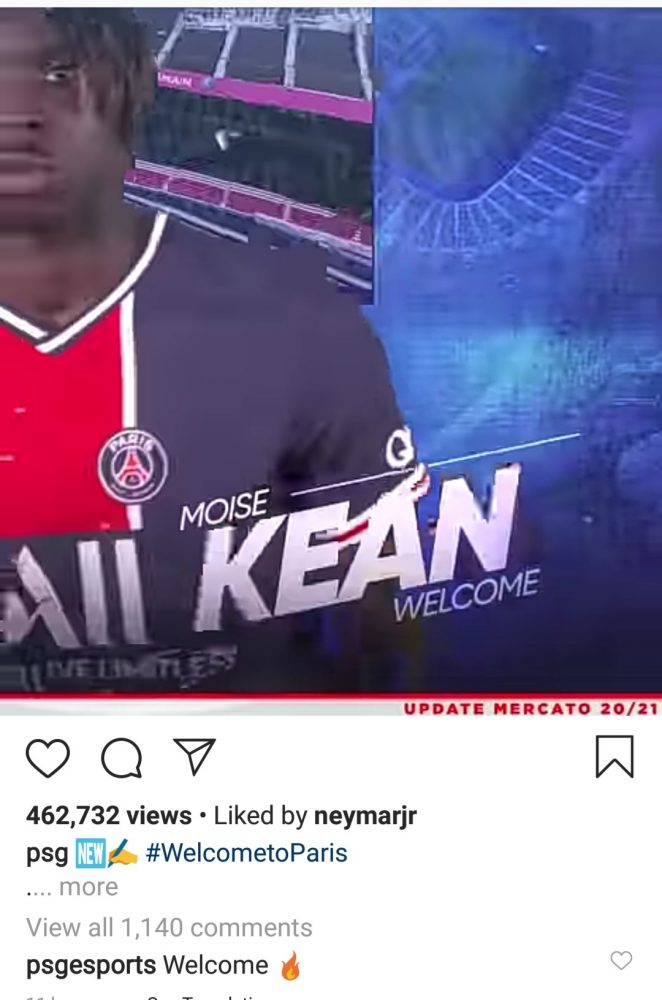 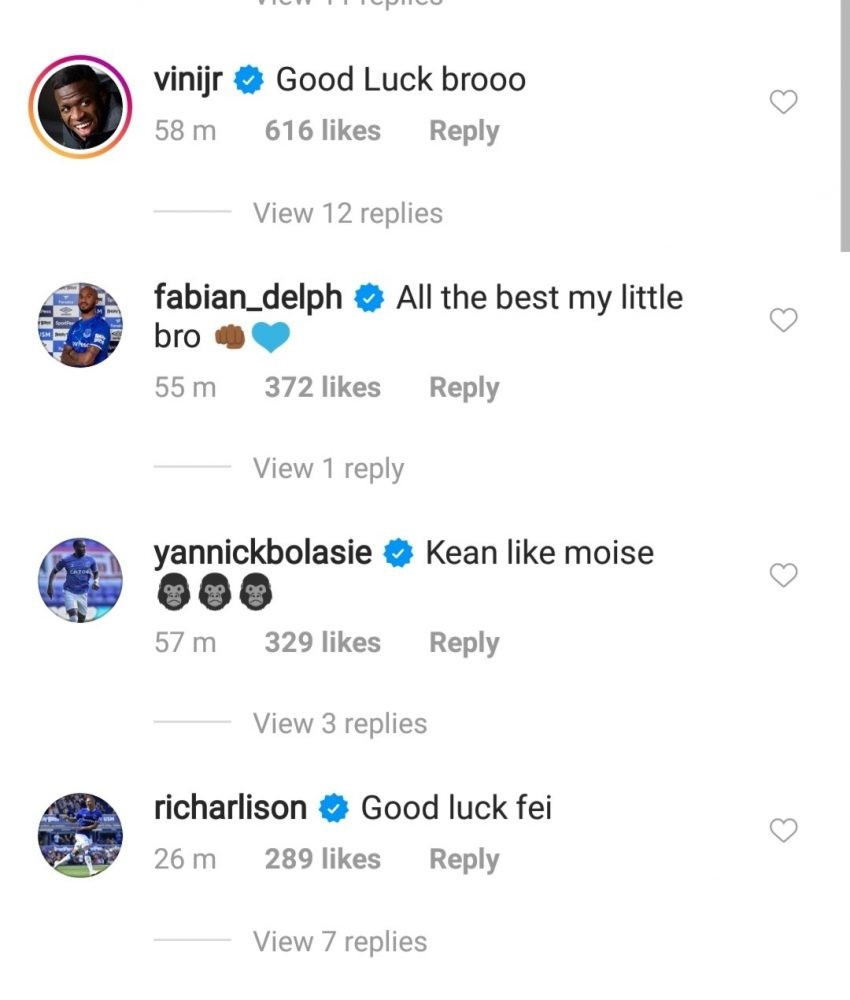 Everton are currently leading in the English Premier League table following victories in each of their opening four games of the campaign.

They face Liverpool after the international break, and the Merseyside derby will be a huge test.