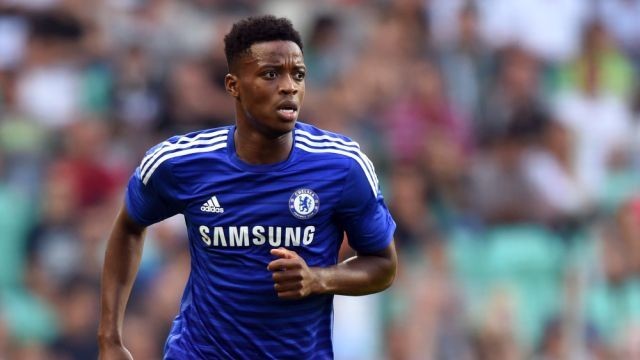 Chelsea are set to reward their talented young midfielder Nathaniel Chalobah with a new and improved contract.

Daily Mirror are reporting that the Premier League giants will open talks with the midfielder soon and are willing to offer him a hefty pay raise after being impressed with his progress. Apparently, Chalobah has caught the eye of Antonio Conte and the club want to keep hold of him, so he can force himself into the manager’s first-team plans in the near future.

Chalobah will have just one year left on his current deal next summer, and the Blues are looking to tie him down to a long-term contract now. The Chelsea youth player has been a regular member of England’s Under-21 first team and pulled off an outstanding assist for Victor Moses against Leicester City. Conte brought him on as a substitute and the young midfielder grabbed his chance with both hands.

The 21-year-old midfielder has been on loan six times so far and is ready to fight for his future at Stamford Bridge now. The England youth international is expected to commit his future to the Blues when the contract is offered. Chalobah has been at the London club since 2005 and there is no reason why he would turn down the chance keep playing for his boyhood club.

Chelsea host Manchester United in the Premier League later today and the Blues will be hoping to get back into the title race with a win over José Mourinho‘s side.

Check out Nathaniel Chalobah’s outrageous assists vs Leicester City below