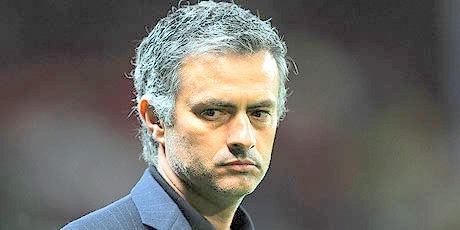 Real Madrid boss Jose Mourinho has suggested that he would like to manage in France, further casting doubts over his future at the Spanish club.

Mourinho’s future has been well speculated in the media and the self-proclaimed “the special one” himself has stated time and again that he wants to return back to England in future.

When the former Porto manager was asked whether he would like to take charge of any French club, he said as quoted in the press:

“It’s a possibility but I do not know when. I cannot say when. Why not!”

Despite winning by 2-0 against Rayo Vallecano on Sunday, Mourinho’s future at the Santiago Bernabeu is under dark clouds. The Los Blancos have failed in the quest for the title defence, as they trail La Liga leaders Bacelona by 16 points.

Further, their hopes of progressing in the Champions League also hangs in balance after drawing against Manchester United at home in the home leg of the Round of 16 tie.

The 49-year-old, who won Champions League titles with Porto and Inter Milan, wishes to return to England and Chelsea and Manchester City are touted as his possible destination.

However, he is not ruling out any possible move to France altogether, with high spending ‘nouveau riche‘ club PSG’s project can draw his attention.

PSG are top of Ligue 1 with three points clear of their immediate rivals Lyon and are financially backed by Qatari benefactors who transformed the club completely by bringing big names like Zlatan Ibrahomovic, Thiago Silva, Javier Pastore and most recently David Beckham.

Chelsea are eyeing to bring Mourinho for the second time as owner Roman Abramovich is still looking to find a long term replacements of Roberto Di Matteo, who was sacked in November.

Interim manager Rafael Benitez hasn’t been a popular figure at the club, while Pep Guardiola and Jurgen Klopp, two other possible candidates has ruled themselves out for the post.