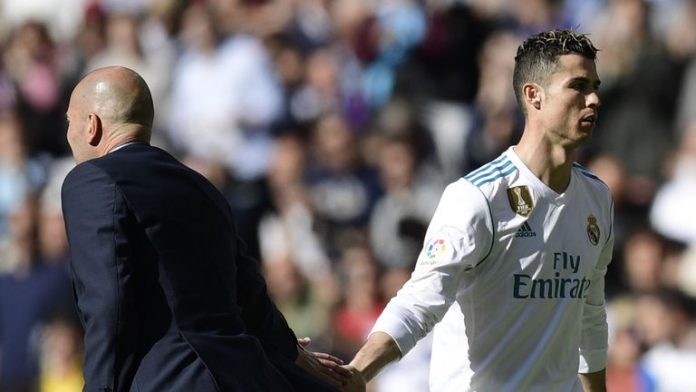 Three successive Champions League trophies with Real Madrid is certainly impressive, although a certain Cristiano Ronaldo had plenty to do with that – and United don’t have one of him.

Accusations that Zidane is “tactically inept” and a “lucky manager” are a little harsh, but his decision to quit Madrid looks pretty well-timed with Ronaldo also heading out of the club.

It is also worth noting that Zidane failed to win La Liga in two of three seasons he was in charge at the Bernabeu Stadium.

On that basis the Frenchman seems more ideally suited to getting his team motivated for one-off games, rather than the grind of a league season.

That being the case, is he really the right man to replace Mourinho if he leaves?

The Red Devils boss has been in a grumpy mood about the club’s transfer business this summer, but the statistic below suggests he has a right to be.

When you consider Pep already had their four best players from last season in the squad (De Bruyne, Silva, Aguero and Sterling) while Mourinho only had De Gea, this point is even more powerful. https://t.co/PRkVRK1YDR

Mourinho has claimed he needs a couple of players to get his squad where he needs it to be.

United’s board need to deliver this and it needs to be done in the next nine days. From there, Mourinho can then have no excuses.

He was brought in to fix the mess left behind by David Moyes and Louis van Gaal. Give him the proper tools to do the job.

Tottenham manager Mauricio Pochettino says he does not know if the club will sign any players before the transfer window closes on August 9.

Predictably, the news has gone down like a lead balloon with the club’s fans.

He knows who to blame.

We will never win anything if we don’t utilize our talent NOW. The last three seasons all we’ve needed are 2-3 more elite players to win trophies, but levy won’t shell out.

He should back Pochettino or get out of Tottenham. We can’t afford to lose our Manager. We’re not asking for Man City type spending. Just a couple of quality players to strengthen the squad

The lambasting of Levy defeats me. He has given Spurs fans a club for all our tomorrows and he is being crucified by people who couldn’t organise a loft conversion. Buying for the sake of buying is nonsensical. #LevyIn @SpursOfficial

“Few and far between”? Really?

Pochettino knows what he’s doing. Players that will improve our starting 11 are few and far between. Convincing players to join to play 2nd fiddle is an uphill struggle in my opinion. No one should be happy being a back up player.

A slight difference of opinion.

We have no investment at a time when we should be building and capitalising on our rival’s troubles. This of any time should be when we back Pochettino and add to antalented squad to truly make the next step. We all know we need class additions in a timely manner. So yes.

To be a good spurs fan you have to like….

MTV made its debut on this day in 1981. The first video to be shown was “Video Killed the Radio Star” by the Buggles. Oh, go on then.

Newcastle United offered Rafa Benitez’s services to Spain for this summer’s World Cup? How many more times will Mike Ashley thumb his nose at the club’s fans?