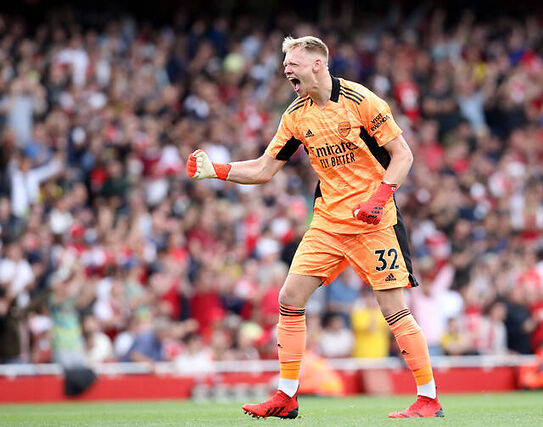 After a shocking start to the season (three defeats in a row and no goals scored), Arsenal picked up their first win of the season, defeating Norwich City 1-0 at the Emirates.

Pierre-Emerick Aubameyang scored the only goal in the second half as the Gunners picked up all three points against the Canaries.

Arteta made several changes to the side. He picked summer signing Ramsdale for this game ahead of Bernd Leno, and the 23-year-old did impress.

The Arsenal boss was heavily impressed by the former Sheffield United goalkeeper and has spoken highly of him. According to reports from BBC Sport, the deal for Ramsdale, 23, is worth £24m plus a further £6m in add-odds.

Arteta suggested after the game that Ramsdale was simply terrific yesterday, adding his energy and body language throughout the game was impressive.

“I think he was terrific. Not only what he did in the technical side but it’s what he transmits, it’s his energy. His chemistry with the backline, how he reacts, I think it was top,” said Arteta, as quoted by football.london.

“We have two fantastic goalkeepers. Never forget what Bernd has done for us and what a good goalkeeper he is. I had to make decisions today and I thought that Aaron was the right one to do. Like in any other position we had to decide and that is what was decided today.”

Leno is a very good goalkeeper but his future has been speculated in the media this summer. On the other hand, Arsenal spent big money on Ramsdale with an idea that he would become their first choice in years to come.

At the moment, Arsenal badly need points on the board, and Arteta should select players who are consistent. Ramsdale can expect to feature in the next few games at least after yesterday’s brilliant performance.