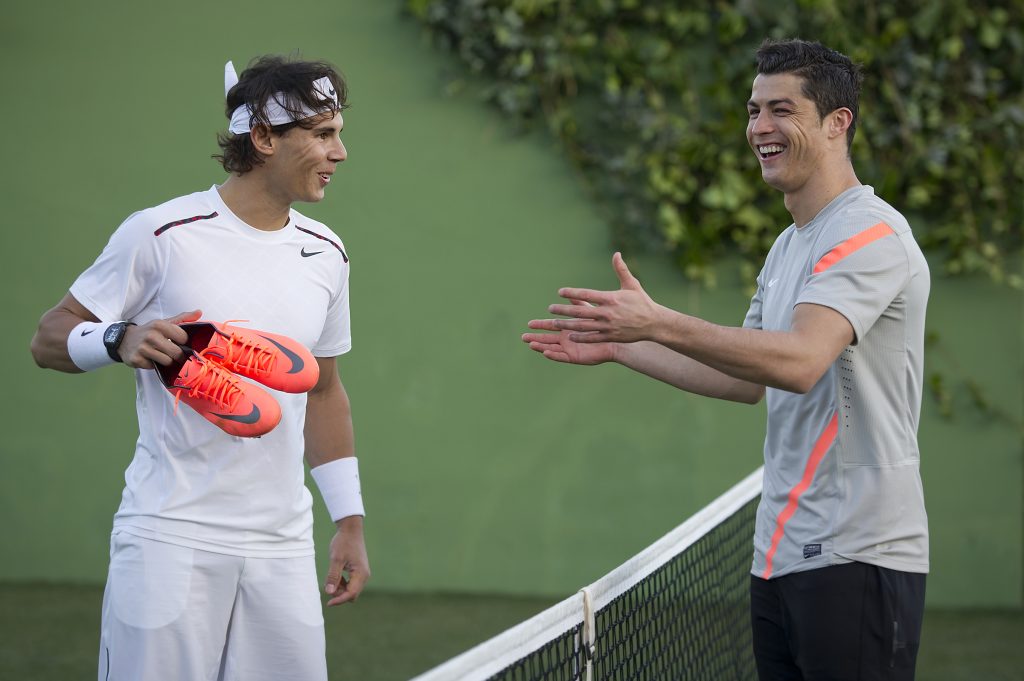 It’s rare that football adverts are entertaining and well done, so when we saw the Nike Mercurial Vapor VIII ad featuring Nadal and Ronaldo engaging in a bout of tennis football, it was both engaging and

Video virals don’t sell boots, but they definitely allow for greater exposure if they’re done right. Nike have a done a great job bring together Ronaldo, their biggest football asset (and of course, a rare Nike player at Real Madrid) and Nadal, arguably the most popular Real Madrid fan.

The Mercurial Vapor VIII is designed to provide the world’s best players with a seamless fit, touch and traction that delivers explosive speed. A striking new design features a bright mango colorway with a new visual signature on the heel to help the boot stand out on pitch.

Completely re-engineered to create a snug upper that locks down the foot and prevents unnecessary movement within the boots, Nike’s new Anatomic Last takes the fit of the boot to a new level of support and stability. This is enhanced by a more minimalist and softer heel area, maximizing both comfort and fit.

The result is a boot that gives the world’s best players the performance they need.

And finally, the stills: