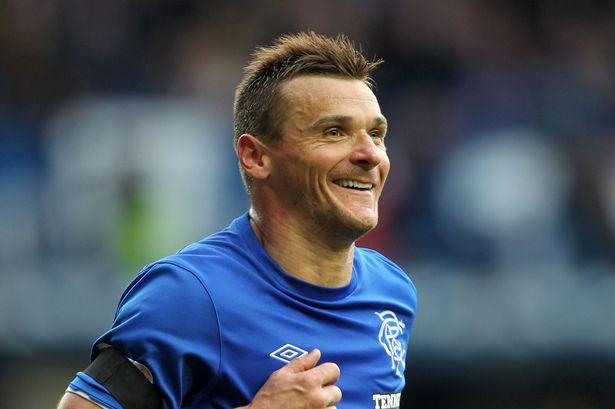 Lee McCulloch believes Scotland manager Alex McLeish needs Leigh Griffiths and can’t afford to be without the Celtic striker ahead of an important Nations League double-header with Albania and Israel. Scotland suffered defeat against Israel (Nations League) and Portugal (friendly) recently and have lost six of their last eight in all competitions. They’ve been lacing goals, and McCulloch named Griffiths as the player who could turn around their fortunes.

The 28-year-old withdrew himself from the national team due to a lack of fitness, something that could see his future with Scotland uncertain. Griffiths hasn’t been the most prolific servant for the Tartan Army, however, scoring only four goals in 19 games. He hasn’t been in the best form for Celtic this season either, netting just once in eight Scottish Premiership outings. Nevertheless, he has the backing of a Rangers legend.

As per The Sun, McCulloch said: “The Leigh Griffiths situation needs cleared up sooner rather than later and we missed Leigh at the top end of the pitch. His country needs him and he is the natural goalscorer we haven’t really got, even though Steven Naismith did well.

“They have to put whatever differences they have to one side for the greater good of the country. Hopefully they can get around a table and have a chat and have Leigh in the squad for the next game because we need our best players.”

Griffiths’ absence has led Steven Naismith to deputise in attack. The 32-year-old Hearts forward, who has scored nine goals in 49 games for Scotland, has been in fine club form and certainly deserved his chance to lead the line, but McCulloch clearly feels the Celtic man would do a better job in attack.