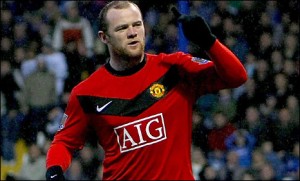 The Red Devils look to keep their place at the top of the English Premier League with a match against 10th place Fulham on Sunday.

Manchester United will be playing with lots of confidence after a 4-0 (7-2 on aggregate) thrashing of AC Milan in the Champions League. They lead the EPL table by two points over Chelsea and Arsenal heading into the weekend. Their last loss in the Premier League was at Fulham in December. Fulham are 10th in the table and still have an outside shot of a Europa League spot for next season. They played in the midweek at Juventus and have the second leg at Craven Cottage next Thursday.

Man United will be without Ryan Giggs and Owen Hargreaves for the match while Fulham don’t have many injury concerns. Captain Danny Murphy will be a late fitness test but American Clint Dempsey should start his first match in several months.

Fulham have been a solid team all season but struggled to get wins on the road (1-6-7 record with -9 goal difference). The Red Devils have been as any team in the EPL ath ome with a 21-1-1 record and +31 goal difference.

The focus for the Fulham defense will obviously be Wayne Rooney who’s been on an absolutely tear in the last month. He has seven goals in his last five matches and has about a third of Manchester United’s goals in the EPL this season. Fulham will have Bobby Zamora as their main threat who has had a break-out season and could be getting transfer offers in the summer. Having Dempsey back will help Fulham’s attack but a win doesn’t seem likely.

Manchester United will be tough to beat at home but Fulham are capable of getting a draw.

Manchester United will win the match 1-0.