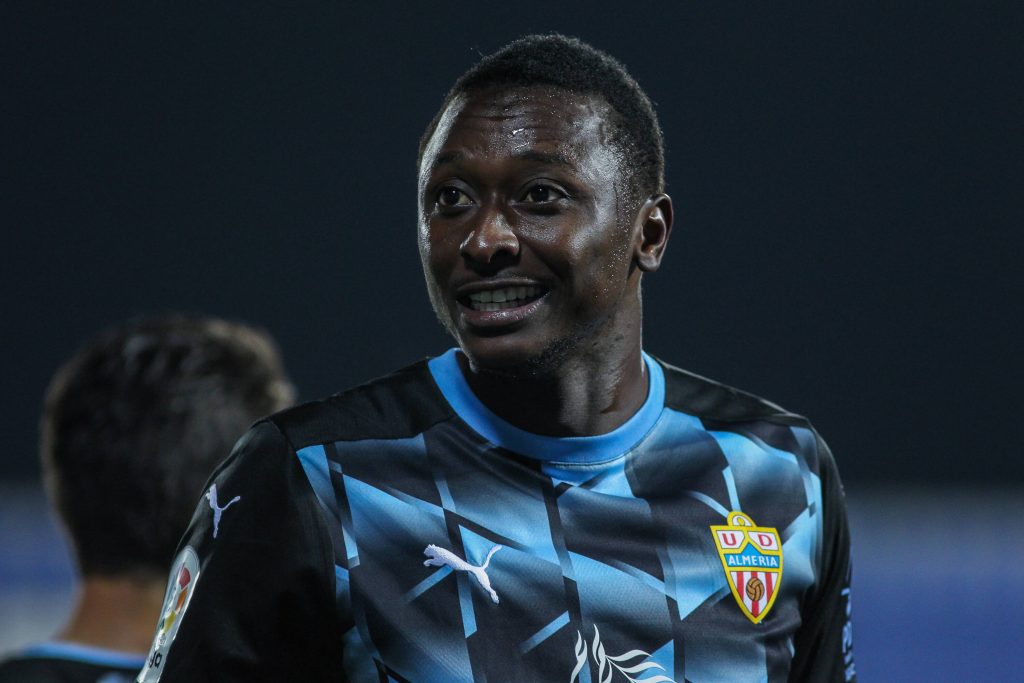 Almeria striker Umar Sadiq is a wanted man back in the United Kingdom three years after an ill-fated loan spell at Rangers.

The Nigerian started just once in four appearances at Ibrox back in the first half of 2018-19 before his season-long deal was terminated.

According to AS, Sadiq could soon be playing in the Premier League for Manchester City after ending last season with 20 goals in 40 Segunda Division games.

The English giants are keen on the Rangers flop, and while he has a €60 million release clause, Almeria want to do business at half that figure.

If they land him, City would loan him out to newly-promoted Ligue 1 side Troyes – one of the clubs part of City Football Group.

Pep Guardiola’ would then decide afterwards whether Sadiq has done enough to earn a place in their first-team squad for 2022-23.

Sadiq was the butt of the joke while at Rangers and is fondly remembered for diving in an attempt to win a penalty instead of finishing his chance after rounding Aberdeen goalkeeper Joe Lewis in the Scottish League Cup semi-final.

Former chairman Dave King indirectly singled the 24-year-old out for criticism at the time, but the Nigerian could have the last laugh.

Sadiq joined Perugia in the second half of 2018-19 after leaving Rangers, moving to Partizan Belgrade the next season and bagging 23 goals in 52 games.

Spartak Moscow, Eintracht Frankfurt, Sevilla and Villarreal have also been linked with former AS Roma man.

Could he be playing at Man City soon?

Nobody knows, but he clearly has proven himself since his Rangers departure, and Light Blues fans could soon be asking what really went wrong at Ibrox.