Manchester City and Barcelona could compete for Adrien Rabiot’s signature 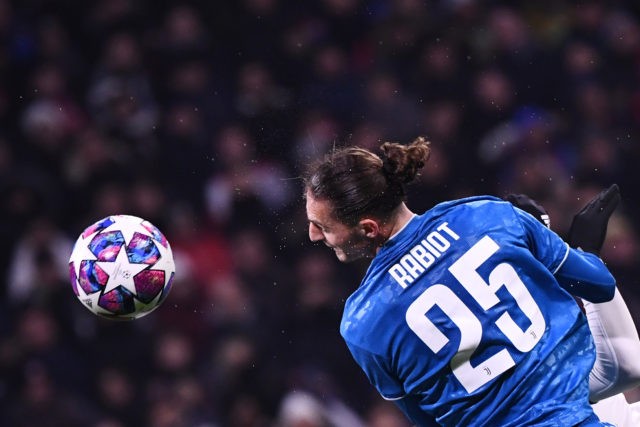 Manchester City and Barcelona are closely monitoring Adrien Rabiot’s situation at Juventus ahead of a possible summer move, Calciomercato reports.

The Bianconeri have experienced a poor season by their high standards, and they are currently 10 points adrift of the top of the league standings.

After nine league titles in a row, their Serie A dominance appears set to end this term with leaders Inter Milan in stunning form at the moment (eight straight wins).

Ahead of the summer, it is reported that manager Andrea Pirlo wants a rebuild of the midfield, and the club are prepared to part ways with Aaron Ramsey and Rabiot.

The Bianconeri ideally want Manuel Locatelli and Paul Pogba to fill the void, and they are hoping to recoup part of the funds through the sale of the duo.

Unlike Ramsey, Rabiot has been a key player in the centre of the park for the Bianconeri this term, but they are willing to sell him for the right price.

The Cityzens have plenty of midfield options, but they may be eyeing a new holding midfielder with the potential departure of Fernandinho.

Fernandinho and Rodrigo have been rotated for the position in recent months by Pep Guardiola, but the former’s future is doubtful with his contract expiring in June.

The 25-year-old could be a candidate to replace the experienced Brazilian, and he would suit the Cityzens with his strong defensive attributes and passing abilities.

Meanwhile, the Blaugrana are also in the market for a physical midfielder, with manager Ronald Koeman unconvinced by the displays of Miralem Pjanic.

Rabiot’s ability to control play would be ideal for the Catalan giants. The Blaugrana may have a good relationship with Juventus after swapping Arthur for Pjanic last summer.

Aside from Rabiot, Koeman’s side have also been linked with Liverpool’s Georginio Wijnaldum, who could be available on a free transfer when his contract expires in June.

Rabiot, who is valued at £28.8 million by Transfermarkt, has made 72 appearances across all competitions for Juventus. He has over two years left in his contract.