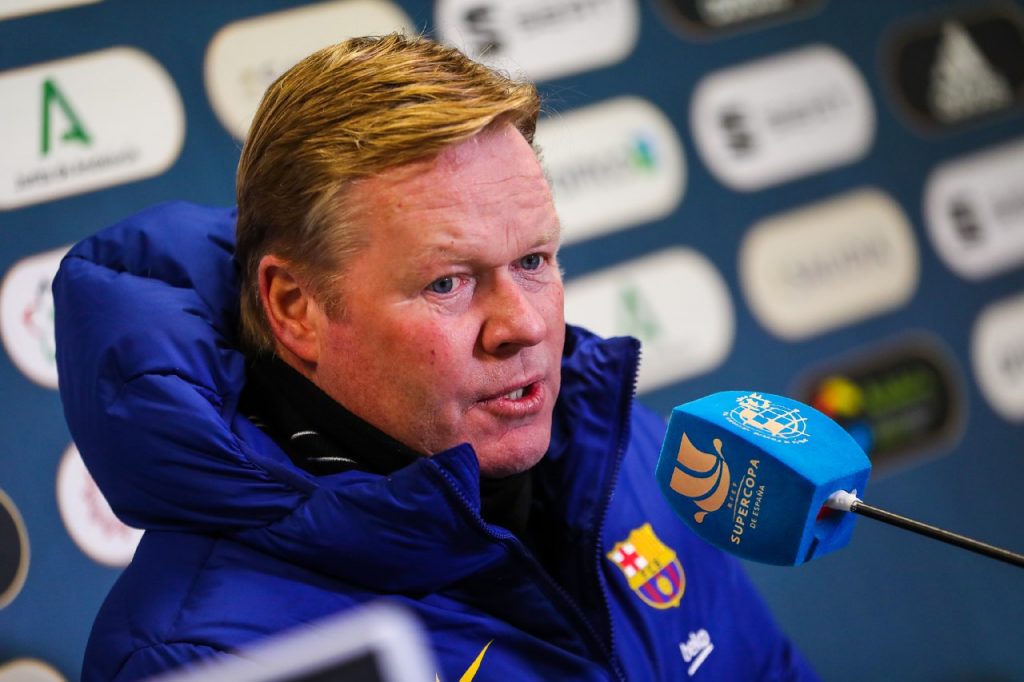 Barcelona manager Ronald Koeman has identified three main positions he would like to strengthen when the transfer window reopens this summer, Mundo Deportivo reports.

The Blaugrana have experienced an average season by their high standards, but they are still in the running for a La Liga and Copa del Rey double.

The club were 10 points adrift of leaders Atletico Madrid at one stage, but that deficit has been reduced to four with 10 games left in the campaign.

Despite the positive progress, Koeman wants to rebuild the squad, and he would like to have control over the transfer proceedings during the summer.

It is added that he would prefer a striker, a physical midfielder and a centre-back when the transfer window reopens in a few months.

Koeman is likely to pursue a long-term replacement for Gerard Pique in central defence, and it is widely known that Eric Garcia is the prime target.

Garcia’s current deal with Manchester City expires at the end of June, and manager Pep Guardiola recently confirmed that Garcia will join the Catalan giants.

Meanwhile, Liverpool’s Georginio Wijnaldum could be the midfield option Koeman is looking for, with Miralem Pjanic having struggled to establish himself since his move from Juventus.

Koeman previously managed Wijnaldum with the Netherlands. The 29-year-old has a good understanding with compatriot Frenkie de Jong, and they could link up in the Blaugrana midfield next term.

Wijnaldum’s contract with the Reds concludes this summer, and it was recently claimed that he had already agreed a pre-contract deal with the Blaugrana.

Meanwhile, the club have lacked the presence of a genuine number nine since the surprise departure of Luis Suarez to Atletico Madrid last summer.

A move for Memphis Depay fell through due to financial constraints, but the Dutchman could join them when the campaign concludes.

Similar to Garcia and Wijnaldum, Depay’s contract with Lyon expires on June 30. Signing the trio on free transfers would be a good piece of business for the club.